Nazmul Hasan was quoted as saying that Mahmudullah was the logical choice in the absence of the injured Shakib Al Hasan.

The allrounder Mahmudullah will lead Bangladesh in the home Tests versus Zimbabwe next month, according to the Bangladesh Cricket Board (BCB) president Nazmul Hasan.

Speaking to the Dhaka-based Daily Star, Hasan was quoted as saying that Mahmudullah was the logical choice in the absence of the injured Shakib Al Hasan because handing the leadership to Mushfiqur Rahim on an interim basis would be disrespectful.

There were two options Mushfiqur and [Mahmudullah] Riyad. Mushfiqur wouldn t have been a bad choice. They (the cricket operations committee) came to me with Mushfiqur s name but what I told them was: If you make Mushfiq captain, then you have to keep him as captain , Hasan said.

You will hand Mushfiqur captaincy for the Zimbabwe series and then if Shakib comes back for the West Indies series and says that he will play then what would happen? Will I tell Mushfiqur to give up captaincy again? That would have been an insult [to Mushfiqur] and I did not want to let that happen.

Mahmudullah had earlier this month put his hand up to lead Bangladesh in Shakib s absence for the series with Zimbabwe featuring three ODIs and two Tests. His captaincy experience with Bangladesh includes a home Test and T20I series with Sri Lanka in January-February and the Nidahas Trophy in March where the team reached the final and lost to India. 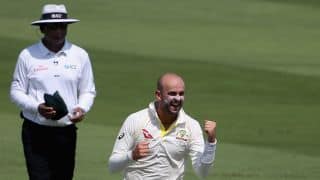