The BCCI has imposed a condition which states that the fast bowler can only bowl a maximum of 15 overs per innings.

Mohammed Shami has received the green light from the BCCI to play Bengal’s Ranji Trophy Round 3 match against Kerala starting November 20 at the Eden Gardens. But his inclusion comes with a twist as the BCCI has imposed a condition which states that the fast bowler can only bowl a maximum of 15 overs per innings, with a maximum grace of two or three overs.

It is assumed that that the call has been made to give Shami some warm-up ahead of the gruelling tour of Australia but at the same time prevent him from any possible scenario of overexertion. Despite restrictions put by the board, Bengal are happy to have Shami on board.

“India obviously comes first and we have to respect what the BCCI has said,” Tiwary said of Shami’s availability. “I don’t think he (Shami) will need so many overs. We are confident about his ability and with the type of result-oriented pitch we are planning to play on in this match, I believe he will do the job along with the other bowlers.”

Bengal have drawn both their games so far in the Ranji Trophy and Shami’s availability promises to boost their pace battery that already comprises Ashok Dinda and Ishan Porel. Bengal will miss the services of opener Abhimanyu Easwaran who is touring New Zealand with India A. Medium pacer B Amit has been left out and so has spinner Shahbaz Ahamad. 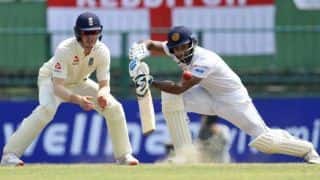