Out of the 26, 10 international stars from Australia, England and New Zealand will grace their presence of Women's T20 which is slowly gaining more excitement with each passing day.

On Thursday, BCCI announced squads for the upcoming Women s T20 Challenge Match, to be played at Wankhede Stadium, Mumbai ahead of Qualifier 1 of ongoing VIVO IPL 2018, on May 22. The one-of-its-kind match will features 26 players, 1o of whom will be from Australia, England and New Zealand. The ensemble cast includes a now-fit Meg Lanning, who will play for the Harmanpreet Kaur-led IPL Supernovas. The other side, IPL Trailblazers, will be led by Smriti Mandhana. India ODI captain Mithali Raj will be a part of Harman’s side.

CoA chairman Vinod Rai shed more light on the match: “This is being staged as a well-deserved exhibition to showcase the tremendous depth and capability that women s cricket in India has achieved. We see it build into a women s IPL tournament in a couple of years.”

Diana Edulji, former India women skipper and the voice of CoA, added, “The idea was to promote women s cricket and keep the momentum going. This is just to start and show that we can have a women s IPL from next season. It s just a thought.” 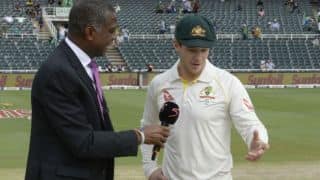 Test matches may get rid of toss; ICC to discuss in upcoming meet