There is a school of thought in the BCCI that they would ask the various sponsors to share the tax burden, which will be beneficial for all the parties.

The Indian cricket board has been asked by the International Cricket Council (ICC) to bear a tax liability to the tune of USD 21 million (Rs 150 crore) for conducting future global events like the 2021 World T20 and 2023 ODI World Cup.

The BCCI representatives have apparently asked for time till the completion of general elections, which has been granted by the parent body.

The ICC gets tax exemption from member nations for conducting global events but it didn’t get any for the 2016 World T20 as Indian tax laws don’t allow any such leeway. (ALSO READ: ICC plays down BCCI’s request to sever ties with nations “harbouring terrorism”)

Incidentally, non tax exemption was one of the major reasons why the Formula One race was pulled out of India.

The issue has persisted between the global body and its richest member board and also came up for discussion at the recent ICC quarterly meeting.

It has been learnt that ICC chairman Shashank Manohar has told the BCCI that as per its rules, the Indian board will have to pay the tax liability in case it is not able to get tax exemption.

“Since this is about tax laws and it can change with time, the BCCI thinks it’s prudent to wait till the general elections get over and take it from there,” he said.

There is a school of thought in the BCCI that they would ask the various sponsors to share the tax burden, which will be beneficial for all the parties.

“There is a clause in the contract, where the sponsors may have to carry the burden of tax in case the hosting nation doesn’t have tax exemption laws. So BCCI will be within their rights to ask the various sponsors to share the burden,” the official said. (ALSO READ: ICC assures BCCI of proper security for World Cup 2019)

When CoA chief Vinod Rai was asked about the issue, he said:”Tax laws are complicated. I will only comment on the issue once I am aware of all the details. However, I don’t think it’s an issue that can’t be sorted out.” 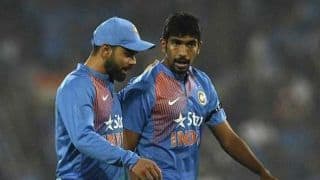 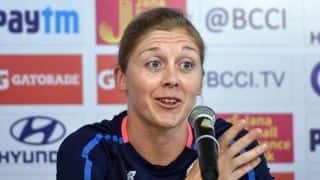