But amidst the buzz regarding big guns applying for the post, Shane Warne has spoken something completely against the tide.

Several luminaries have applied for the position of Team India’s head coach. The Board of Control for Cricket in India (BCCI) bowled a googly to Anil Kumble by inviting fresh applications for the post of Team India s new head coach. The reports of fallouts between Virat Kohli and Kumble surfaced soon after and it is being speculated that this is amongst the reasons for the new hiring. Kumble s tenure has been exceptionally successful. But amidst the buzz regarding big guns applying for the post, Shane Warne has spoken something completely against the tide.

According to mid-day, Warne has been quoted as, “I am very expensive and I don’t think they (BCCI) can afford me. Virat Kohli and me can have a good partnership, but as I said, I am very, very expensive.

While Kumble is an automatic entry into the process for the post, the others in the fray are Australian Tom Moody and Englishman Richard Pybus. The two Indians among applicants are former fast bowler Dodda Ganesh, former India A coach Lalchand Rajput and Virender Sehwag have applied for the Indian cricket team s chief coach s post, which would be technically vacant when Kumble s term comes to an end after the Champions Trophy. There were also reports of former Australian pacer Craig McDermott applying for the high profile job.

BCCI is the richest sporting body and the richest cricket board in the world and such comments coming from the Australian spin-wizard may or may not go down well.

Having retired in 2007, Warne has been an active member of various cricket leagues all around the world. He was the guiding force to the silverware for Indian Premier League (IPL) franchise Rajasthan Royal s in the tournament’s inaugural season (2008). 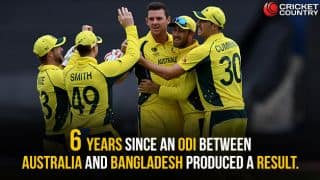