Arvind passed away in Pune yesterday. He was 79 and is survived by a daughter.

The Board of Control for Cricket in India (BCCI) on Wednesday condoled the death of former Test player Arvind Apte, who passed away after fighting a prolonged battle with prostrate cancer. Arvind passed away in Pune yesterday. He was 79 and is survived by a daughter.

“Arvind Apte was a fine cricketer and human being. On behalf of the BCCI, I would like to express my condolences to his family and fans,” BCCI secretary Sanjay Patel said in a statement.

Arvind, born in Mumbai in 1934 and younger brother of another former India cricketer Madhav Apte, was a reserve opener during India’s tour of England in 1959. An attacking opening batsman with a wide range of strokes, he played only one Test match for India when he was selected for the third Test against England at Leeds following an injury to Nari Contractor.

He scored just eight and seven in both the innings of the match, his first and last for the national team. Arvind continued to play first-class cricket till the early 70s and finished with an aggregate of 2782 runs (33.51, including six centuries. In his post retirement days, Arvind used to shuttle between India and England, spending his time in both the countries. 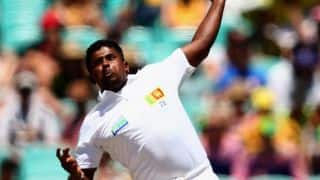 James Anderson is the best bowler for England since Ian Botham: Geoffrey Boycott