At the dawn of what became popularly known as the new South Africa, there was a special relationship between the country's cricket officials and their counterparts from India. 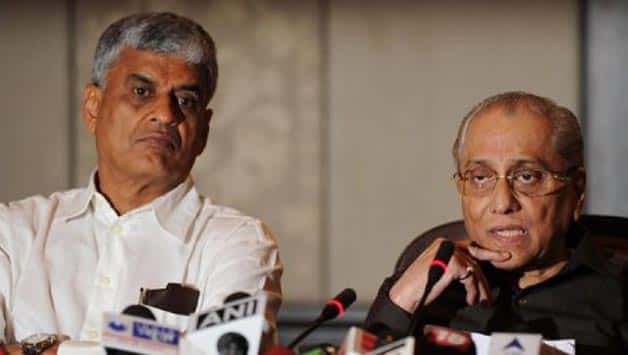 At the dawn of what became popularly known as the new South Africa, there was a special relationship between the country’s cricket officials and their counterparts from India.

It is a relationship that Cricket South Africa (CSA) chief executive Haroon Lorgat and Sanjay Patel, secretary of the Board of Control for Cricket in India (BCCI), will try to repair this week.

The two men are attending the International Cricket Council (ICC) chief executives meeting in Dubai, where they will discuss “scheduling issues” that threaten India’s tour of South Africa at the end of the year.

India were the first country to host South Africa after the formation of a racially unified board in 1991, ending 21 years of isolation caused by the South African government’s apartheid policy.

India were also the first country to make a Test tour of South Africa in the post-unity era.

Both events were heavy with symbolism and bonhomie.

India had been in the forefront of nations that imposed sanctions on the apartheid government, and the two countries had never played cricket against each other.

But when South Africa’s new United Cricket Board (UCB) put its case for membership of the ICC in July 1991 — more than two years before the country’s first fully democratic elections — it was India that proposed a motion in favour of admission, opening the way for the long-time pariahs to return to the international game.

Four months later, a UCB delegation, which included former Test captain Ali Bacher, arrived in India as part of a “get to know you” tour of cricketing nations which had not previously had ties with South Africa.

A planned tour by Pakistan had fallen through and the Indians invited South Africa to fill the gap by playing three one-day internationals.

The first match was played at the cavernous Eden Gardens stadium in Calcutta, stronghold of Jagmohan Dalmiya, president of the Bengal cricket association, who went on to become president of the BCCI and later the ICC.

Dalmiya and Bacher had struck up a friendship on the fringes of the ICC meeting in London, and the Indians went all out to make the South African players, officials and supporters welcome.

The hospitality was reciprocated in 1992-93 when India visited South Africa in what was officially labelled the “Friendship Tour”.

In subsequent years the friendship was cemented when South Africa hosted the Indian Premier League at short notice in 2009 when it had to be moved from India.

South Africa and Australia became partners of the BCCI in the lucrative Champions League Twenty20.

The first hint of trouble came when it emerged that the Indians were not happy about the prospect of Lorgat being appointed chief executive of CSA. He had seemingly upset them while filling the same post at the ICC.

CSA announced in July an itinerary that included three Tests, seven One-Day Internationals and two Twenty20 internationals. The number of matches was in accordance with the Future Tours Programme (FTP) agreed by ICC member countries more than three years ago.

The Indians complained that they had not agreed to the itinerary — although South African officials claim they have correspondence proving that there were detailed negotiations about the fixtures.

It came as a shock to CSA when India unilaterally announced a tour by the West Indies — which was not part of the FTP — which will end on November 27, nine days after the tour of South Africa is due to start.

A further shock came when it was announced that India’s scheduled tour of New Zealand would start with a One-Day International on January 19 — the day when the third and final Test in South Africa is due to finish.

An Indian tour is a massive money-spinner, and South African officials are wary about making any public comment that could jeopardise it. But there is a belief that it would be possible to condense the tour and play most if not all of the international matches by cutting down on warm-up games and rest days.

It was reported that the BCCI was working on back-up plans for a triangular one-day series in case the South African tour was cancelled — although this would place the Indians in breach of their obligations under the FTP.