Senior BCCI functionary and IPL Chairman, Rajiv Shukla, on Monday, denied reports that Sachin Tendulkar was forced to retire from ODIs, saying it was purely his decision. 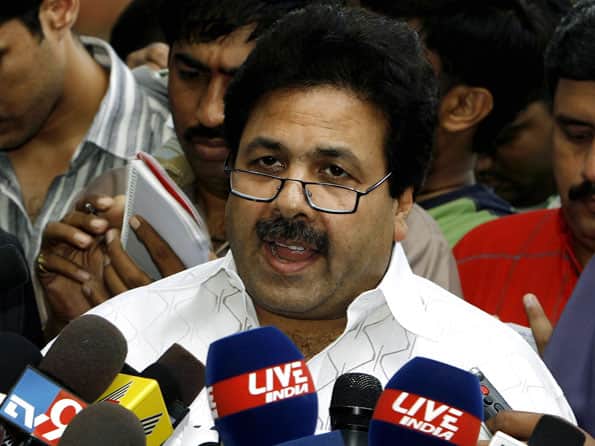 Senior BCCI functionary and IPL Chairman, Rajiv Shukla, on Monday, denied reports that Sachin Tendulkar was forced to retire from ODIs, saying it was purely his decision.

“There was no pressure on Tendulkar to retire from this format of the game. It is for the player to decide whether to retire or whether not to retire. I think he has taken the right decision at the right moment.

There were reports in the media that Tendulkar was forced by BCCI to retire from the shorter version of the game in the wake of his poor run with the bat. However, Shukla denied all such reports.

“BCCI’s policy is very clear that it is for the player to decide when he wants to retire from any format of the game or from the entire career. It is purely up to the player. We don’t force or advice any player. We don’t mount any pressure.

“I have seen many media reports saying that pressure has been mounted by BCCI or from the selectors, I totally deny those reports,” he said.

Tendulkar yesterday decided to draw the curtains on his long and illustrious ODI career, saying that India needed to build the team for next World Cup, and it was the right time to give opportunities to a youngster in his place.

The veteran cricketer was last seen playing in the one- dayers during the Asia Cup in March when he completed a ton of tons after smashing 114 in a losing cause against Bangladesh.

“In my view Sachin Tendulkar’s contribution is immense.

Colossal contribution he made to, not only Indian cricket, but to the world cricket. He enhanced the value of cricket but after all one day one has to hang the boot.

“I have been saying this since very long that he is one player who does not require anybody’s advice, the day he will feel he can’t give 100 per cent to the team he will walk away.

And that is what he did,” Shukla said.

Asked about his continuation in the longest format of the game, Shukla said that Tendulkar still has a lot to offer to the sport.

“As far as Test cricket is concerned, his presence would definitely give huge strength to the team and he will be doing very well in Test cricket,” Shukla said.

On whether the BCCI had at any point of time told him to stay for the upcoming three-match ODI series against Pakistan, Shukla said: “Selectors only check the availability of the players. Before the squad was formed he had informed the BCCI president about his decision.”

Saeed Ajmal will be the key for Pakistan against India, says Ramiz Raja