Gupta had arrived at the BCCI conclave without any authorized letter from the DDCA and was asked to pay his bills.

In what came as an embarrassment to the Delhi and District Cricket Association (DDCA), its joint secretary Vivek Gupta was snubbed by the Board of Control for Cricket in India (BCCI) at the time of the annual conclave in Dharamsala which was held recently. Gupta had arrived at the conclave without any authorized letter from the DDCA and was asked to pay his bills which otherwise would have been paid by the BCCI. Gupta had reached the hotel which the BCCI had booked for its officials who were a part of the working committee meeting. But when the hotel authorities found out that Gupta’s name was not on the list of the names mentioned by BCCI, they asked Gupta to pay the bills. ALSO READ:BCCI’s 4-day conclave ends: Anil Kumble’s appointment, Mini IPL and other topics discussed

According to reports, the BCCI did not sanction Gupta’s travel and daily expenses, meaning he had to pay for his food bills at the hotel. Although, Gupta said that he was in Dharamsala on a personal trip. “These are baseless allegations. I was only there for a getaway,“ Gupta said as quoted by TOI.

The first BCCI Four-Day Conclave along with the Working Committee concluded in Dharmasala on Friday. The BCCI took many key decisions during this conclave, including the announcement of Anil Kumble as Team India’s new head coach. Led by BCCI President Anurag Thakur, the meeting also focused in the domestic structure in India and also ways to keep interests growing in Test cricket. Also, the possibility of having a mini IPL abroad in September this year was also discussed. 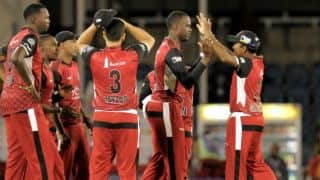 India vs West Indies dates to clash with CPL 2016