The board is going to organise almost 900 domestic matches in the next season.

Board of Control for Cricket in India (BCCI) on Monday announced the calendar for 2015-16 domestic season. It showed that the board is going to organise almost 900 domestic matches in the next season. The calendar also showed there will be no Duleep Trophy (Inter Zonal four-day tournament) in the upcoming season. Media all over the country reported that BCCI has scrapped this prestigious tournament. But that is not the case. The board has only postponed the event because of tight schedule. BCCI’s argument behind this decision is, India will be hosting the ICC World T20 2016, which will be played in India from March 11 to April 3 and because of this mega event it will be tough to accommodate Duleep Trophy in the calendar.

Regarding this issue, Dr MV Sridhar, general manager of cricket operations, BCCI, was quoted saying in ESPNcricinfo,”It is not cancelled or removed. It is deferred to the start of the next season. Since it has been decided to plan domestic calendar taking India’s international calendar into consideration, it was decided that rather than overlapping the Duleep Trophy with the World Twenty20 in March, it would be apt to postpone it to the start of the 2016-17 season. Since India are set to play 16 Test matches in 2016-17, first-class cricket would get priority and the Duleep Trophy will be played at the start of the season.”

Board is likely to conduct this scrapped 2015-16 Duleep trophy at the start of 2016-17 season. But form this decision, one thing is evident, that the Board has now preferred to host one-day and T20 tournaments over the four-day tournaments, such as Duleep Trophy, which was at one point of time India’s premier selection tournament. 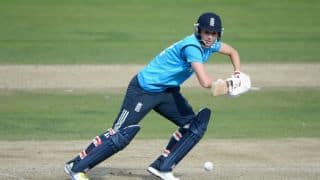