Abhinav Bindra says the other sports associations need to learn from BCCI.

Olympic Gold medalist Abhinav Bindra on Monday lauded Board of Control for Cricket in India (BCCI) efforts in bringing in professionalism in sporting arena which is a key ingredient in achieving international success urging the other associations to follow the suit.

“BCCI has done a good job in creating the professional environment in the sporting arena. All other associations needs to follow this. This is the first and significant step, rest will follow,” Bindra said during a seminar related to National Conference on Sports and Sports Infrastructure here today.

BCCI joint secretary and one of the newly-elected Vice-Presidents of Indian Olympic Association (IOA), Anurag Thakur praises BCCI’s contribution in building sporting infrastructure in the country.

“BCCI gave Rs 50 crore to the sports ministry. But it was not used properly. Some money was given to Jammu and Kashmir government (for renovation) and PT Usha (her academy in Kerala),” Thakur said.

Thakur also lashed out at the detractors of the BCCI saying that its works have often been excessively criticized for no reason.

“In our country, everyone always wants to thwart anything which is progressing,” Thakur told media.

Addressing the gathering, Sports Secretary in the Ministry of Youth Affairs and Sports, Ajit Mohan Sharan said that building stadiums only won’t help much in creating a sporting culture in the country.

Thakur raised questions about the fact whether lavish stadiums which have been built during 2010 Commonwealth Games, are contributing much facilities to the athletes. 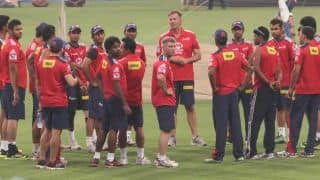 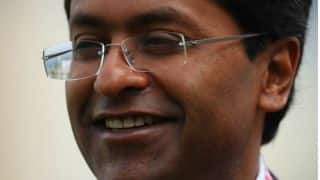