The BCCI is also in talks with British ball manufacturers "Dukes" for supply of pink balls which can be tested before zeroing in on a particular brand.

New Delhi: The BCCI is also in talks with British ball manufacturers “Dukes” for supply of pink balls which can be tested before zeroing in on a particular brand for the proposed day-night Test matches later in 2016. “We are still deliberating on a lot of issues. The conditions, the ball used and it’s longevity. Also whether it is fair to have only one Test with pink ball and other two with red ball. Whether it will be fair on the two teams,” the office-bearer told PTI on conditions of anonymity. Among the cricket balls used, India at home uses ‘SG Test’, ‘Dukes’ is used in England and West Indies while the rest of the Test playing nations use Kookaburra. SG begins manufacturing Pink ball

It was learnt the chairman of BCCI’s technical committee Sourav Ganguly had suggested that at the experimental phase, even ‘Dukes’ should be tried as it has a better and thicker seam, helpful for Indian bowlers. “Sourav has made an observation about pink kookaburra balls. Sourav feels that the Kookaburra seam could be a problem in Indian conditions. He suggested that we should also check out with Duke Company if they can manufacture pink balls with pronounced seam. We are expecting a consignment from Dukes,” the source said.

Pink Dukes has been used during 2015 edition of Karnataka Premier League T20 tournament. But since it was T20, BCCI top brass feels that it won’t be possible to use its feedback as a data for longer version of the game. It is important for the administrators to get assurance from manufacturers that a standard pink ball would have the ability to last 100 overs in sub-continental conditions. Uncertainty over Day-Night Test in India

There is every possibility that BCCI will use all the three pink balls – Kookaburra, Dukes and SG Test during the Duleep Trophy to get feedback from the senior Indian players, who will take part in the event. Interestingly, the office-bearer said that he has “no knowledge” that New Zealand Cricket (NZC) has snubbed Day/Night Test match with India as the discussions have not even reached that stage. 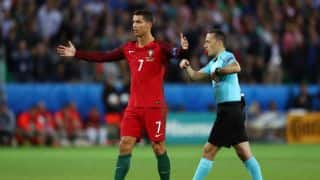