India's interim cricket boss promised on Monday to clean up the country's national game and restore its "good name" amid a betting scandal that has engulfed the sport. 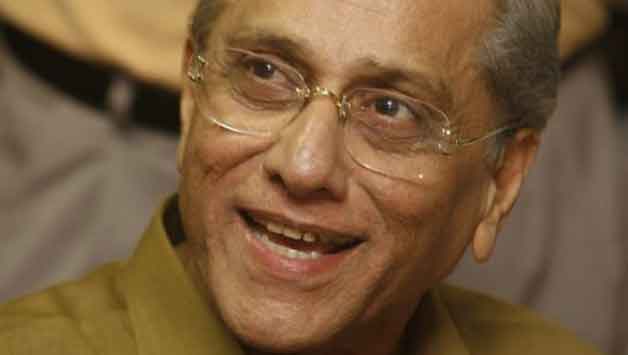 India‘s interim cricket boss promised on Monday to clean up the country’s national game and restore its “good name” amid a betting scandal that has engulfed the sport.

Speaking to his first news conference a day after the row forced Board Of Control For Cricket In India (BCCI) chief N Srinivasan to stand down until a probe into the alleged illegal betting is over, Jagmohan Dalmiya said he would make every effort to remove the taint from the game so that “the good name of cricket is retained”.

But Dalmiya, who is a former BCCI president, told reporters he didn’t have “any medicine that you get an instant result”.

His statements came as controversy continued to enmesh the BCCI with India’s media flaying the body for “shaming the nation” after it allowed Srinivasan to avoid resigning over the betting scandal.

Srinivasan, 68, considered the most powerful man in world cricket because of the Indian game’s financial clout, resisted a mounting clamour to quit Sunday at an emergency meeting but agreed to “step aside” until multiple police investigations end.

He has been in the firing line since his son-in-law Gurunath Meiyappan, an executive of the lucrative Indian Premier League’s Chennai franchise, was arrested May 24 for allegedly taking part in illegal betting involving the league.

A Times of India editorial said the game was at “one of the lowest points in Indian cricket history” and was run “by a cosy clique of administrators who have little regard for the game or its image”.

“BCCI bosses must know they are accountable to the Indian cricket fan, who has made the game what it is. The BCCI has shamed the nation. In its present form, it has lost the moral right to run Indian cricket,” the daily said.

The Indian Express said: “Srinivasan might have stepped out of the frame, but his shadow looms large over the board.”

Dalmiya, a former IPL and BCCI chief, said he had powers to fill up vacancies in the board after BCCI joint secretary Sanjay Jagdale and treasurer Ajay Shirke quit late last week to pile pressure on Srinivasan to resign.

He said Jagdale had no intention of withdrawing his resignation but indicated Shirke might reconsider. “I will wait,” he said.

As part of the wave of resignations, IPL chairman Rajeev Shukla at the weekend also announced he was quitting “in the best interest of Indian cricket”.

The arrest of Srinivasan’s son-in-law came after Test paceman Shanthakumaran Sreesanth and two teammates in the IPL’s Rajasthan Royals — Ankeet Chavan and Ajit Chandila — were taken into custody. All the accused deny any wrongdoing.

Police allege the players deliberately bowled badly in exchange for tens of thousands of dollars after striking deals with bookmakers.

Meiyappan is being investigated for allegedly passing information to bookies and placing bets on the IPL.  India outlaws gambling on all sports except horse-racing.

Meanwhile, there was more controversy as the agent of Indian cricket captain M.S. Dhoni admitted Monday the World Cup winner briefly held a stake in a management company representing several other players in the national side.

Rhiti said on its website it manages Dhoni as well as all-rounders Suresh Raina and Ravindra Jadeja, whose international careers depend in part on the captain who has a large influence on team selection.

Rhiti said it was “greatly aggrieved at the widespread media reports regarding an alleged conflict of interest”. It said Dhoni had ceased to own shares in April after holding an unspecified stake for just over a month.

The shareholding was alleged to involve a 15 percent stake in a front-page story by The Economic Times on Monday. 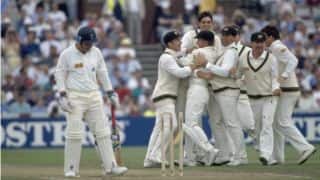 Shane Warne bowls Mike Gatting with the 'Ball of the Century'