"BCCI is often much misunderstood. It has generated more revenue from 2004 and it has ensured returns for all its state members."

The Board of Control for Cricket in India (BCCI) is not sitting on “pots of money” as is being made out and it shared revenues with players and state associations for promoting the sport, new International Cricket Council (ICC) chairman N Srinivasan said on Tuesday. “BCCI is often much misunderstood. You really do not hear what BCCI has done. It has generated more revenue from 2004 and it has ensured returns for all its state members. 25 state members share the money generated through media rights and sponsors,” he said here.

Srinivasan, who was asked to step down as BCCI president by the Supreme Court pending probe into alleged corruption in the Indian Premier League (IPL), was speaking at a felicitation function on his election as the new head of the ICC, organised by the Madras Chamber of Commerce and Madras Management Association.

Noting that 26 per cent of money from the total revenue was given to players both at the international and domestic level, he said: “There is lot of comments that BCCI is sitting over pots of money. No, It is not. Very clearly, BCCI is a not for profit organisation. BCCI is committed to its members, association and players”.

Elaborating, he said an average Ranji Trophy player who was earning mere “hundreds” in the past, earns about Rs 35,000 a day making cricket as an viable career option today. “He can become a professional player and it offers livelihood for them. This is what we have done to them,” said Srinivasan, who was at the helm in the board for several years, claimed BCCI had recognised all its players and provides pensions to former cricketers and umpires. “BCCI has done it without fanfare and looked into it on its own.”

BCCI was giving a grant of Rs 50 crore to each of the state associations, he said adding with this cricket academy had been set up in various places like Rajkhot, Ranchi, Pune. “It [the money generated] is given back to the game for creating more play ground, more facilities, more infrastructure [for Indian cricket]. Today the avenues and opportunities for cricketers to improve their skills are huge. Focus is not only be in cricket but also that surrounds everything. The infrastructure, the spectator,” he said, adding all these initiatives were backed up by “strong administration” and in a “systematic” way. 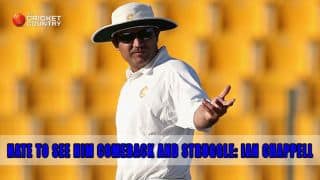 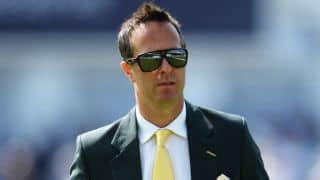