New Delhi: The BCCI is all set to appoint former Director General of Police (Rajasthan), Ajit Singh Shekhawat, as the head of its Anti Corruption Unit (ACU), replacing Neeraj Kumar. It is learnt that the retired IPS officer would be taking charge of BCCI’s ACU unit before the start of the Indian Premier League on April 7. He retired as Rajasthan’s top cop on November 30. A senior BCCI official, privy to the development, confirmed the development.

“Yes, the BCCI has finalised Mr Ajit Singh’s name as the new ACU chief. He has been a decorated officer with speciality in dealing with anti-corruption activities. He fits BCCI’s bill perfectly,” the BCCI official told PTI on conditions of anonymity. It has been learnt that Ajit Singh beat the other contenders primarily because of his successful stint as the Additional Director of Rajasthan’s Anti-Corruption Bureau (ACB).

During his tenure as the head of the state’s ACB unit, as many as 600 cases against erring individuals were lodged. An alumnus of St Stephen’s College, Singh is an IPS officer of the 1982 batch. A resident of Jaipur, Singh also served as DG (Prison). He has also served as the SP in multiple districts — Jhalawar, Sawai Madhopur, Jodhpur, Jaipur and Sirohi.

The biggest challenge, which many believe that Singh will face is the lack of staff strength in BCCI’s ACU. Currently the ACU’s staff strength is a mere three. “Considering the number of matches that BCCI holds every year under its aegis which is more than 1500 (all age-groups, senior tournaments, IPL), to perform his duties efficiently, Singh would require at least a 15-member team (permanent staff). Just having temporary ACU officials — like it is done in first-class games won’t be of any help,” another BCCI official said.

As the head of BCCI’s ACU unit, he has also been on a few tours with the senior India team. It must be mentioned that Kumar on various occasions has stressed the need to have more resources in order to have a robust anti-corruption unit. Under his leadership, the BCCI started regular lectures for age-group cricketers on anti-corruption activities.

He also headed the BCCI investigations on the allegations against the now suspended Pune curator Pandurang Salgaocar, who was caught in a sting operation allegedly sharing information with two TV reporters, who posed as bookies.

First Published on
Last updated on March 3, 2018 5:31 PM IST
TOPICS:
IPL BCCI Board of Control for Cricket in India ACU 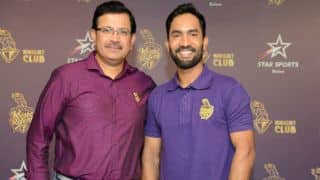 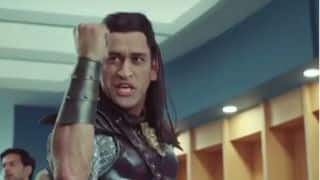