Police may question senior BCCI officials in connection with the alleged fraud case involving Goa Cricket Association (GCA). “We are investigating the procedure of how the funds are released to cricketing bodies like GCA. We also want to know what were the rules of releasing fund during the time when the alleged fraud happened,” a senior official attached to the Economic Offences Cell (EOC) of Goa Police told PTI on Sunday. “To know the details and to gather evidences we will have to record the statement of BCCI senior officials,” the official said, adding that “names of persons who could be questioned are being finalised.” “Either our police team will go to their respective BCCI offices and record their statements or they will be summoned. No possibility is ruled out,” the official said. ALSO READ: GCA treasurer Akbar Mulla resigns following fraud accusation

Goa Police had last month arrested GCA President Chetan Dessai, Secretary Vinod Phadke and Treasurer Akbar Mulla on a complaint that they had allegedly encashed a cheque given by BCCI to GCA.

The trio, who were later granted bail, are accused of misappropriating funds to the tune of Rs 3.13 crore between 2006 and 2008. READ: Shocking irregularities revealed about DDCA and GCA

The EOC officials had recently visited the BCCI’s Mumbai office and received some details about the cheque which was released to GCA.

Meanwhile, Goa Cricket Association (GCA) treasurer Mulla, had resigned from the post. “In view of the misappropriation charges levelled against me, proper investigations are needed and I feel that morally I should not be in a position of power while investigations are going on,” Mulla said in his letter to the GCA president dated July 6, 2016. 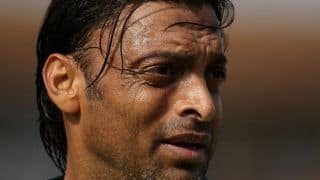