The Board of Control for Cricket in India president N Srinivasan s son Ashwin has accused him of homophobia and using his clout to punish him and his partner Avi Mukherjee, according to a report. 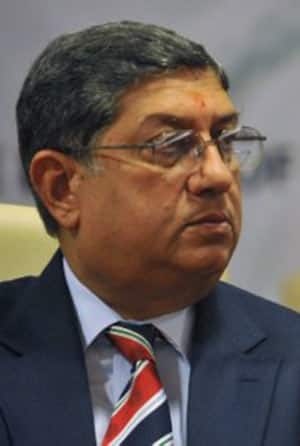 The Board of Control for Cricket in India (BCCI) president N Srinivasan s son Ashwin has accused him of homophobia and using his clout to punish him and his partner Avi Mukherjee, according to a report.

A report in Daily News and Analysis says that 43-year-old Ashwin and Avi have been tortured physically and mentally by Srinivasan for years.

According to Ashwin, the latest incident took place on April 30, when he and Avi were picked up from a high-profile pub in Bandra, Mumbai and were beaten by iron rods.

Ashwin said, “My father is vehemently against homosexuality and has been asking me to change since 1998 when I came out to my parents. Things began to worsen when I fell in love with Avi in 1999. We have come close to losing our lives and sanity due to the constant physical and mental torture.”

A media report dated April 30 claimed that Ashwin argued with the staff at the pub after his demand for a drink was turned down post the 1:30am deadline. When the bar officials refused to budge, Ashwin and his friend picked up a fight with them and refused to pay the Rs 30,000 bill they had run up.

According to DCP Pratap Dighaonkar, the Bandra police arrived at Escobar in response to a call complaining that the couple had refused to pay their bill.

“They were detained after Ashwin punched a constable,” said Dighaonkar.

Avi revealed that he had met Escobar owner Rakesh Luthria at a suburban hospital, and on his invitation they went to the pub on the night of April 30.

Ashwin and Avi shared photographs of police torture on the night of April 30 and shared their version of the incident.

The couple said they reached around 1am and were told that final orders were being taken. “We asked them to call Rakesh, ordered two drinks and were told this was the last order. However, once done, the waiters were glad to ply us with more. With no sign of Rakesh, we ordered a few more drinks and a bottle of champagne which they suggested,” said Ashwin.

He added, “We were taking it easy when the waiters began hassling us to pay the bill. I said we would once we were done, but they argued. I raised my voice saying they d have to wait. Suddenly, as if on cue, 12 policemen sprang out from behind the bar armed with iron rods and started beating Avi mercilessly.”

Ashwin and Avi were taken to the Bandra police station lock-up and were allegedly beaten till they passed out. They got bail the next day.

Even in 2002, the couple was beaten up brutally and kept in confinement.

“I was kept in a dark room and administered drugs,” said Ashwin, adding that he then sought help from Ashok Row Kavi.

“I feared for their lives and helped the duo flee the country to escape Ashwin s father s wrath,” said Kavi.

“My father has said openly that Avi is a parasite who has dragged me into homosexuality because he wants my money. Given his immense powers, it s been very rough on Avi,” says Ashwin.

Meanwhile, BCCI president Srinivasan refused to comment. “What is happening is a private family matter. I am not going to comment on that.”