BCCI President Sourav Ganguly sent shockwaves through the cricketing fraternity with his cryptic tweet on Wednesday.

New Delhi: The Board of Control for Cricket in India (BCCI) President Sourav Ganguly sent shockwaves through the cricketing fraternity with his cryptic tweet on Wednesday. He tweeted regarding the start of a new chapter in his life which sent Twitter into a frenzy. However, he has now clarified that he is not resigning from the board, instead, he is supporting a new app that helps coaches, teachers and educators.

Sourav Ganguly became the BCCI president in 2019 and has done a lot of work for cricket in the country. He has been on the post for a long time and after the cryptic tweet fans thought he might be looking for alternatives going forward.

Ganguly tweeted, “2022 marks the 30th year since the start of my journey with cricket in 1992. Since then, cricket has given me a lot. Most importantly, it has given me the support of all of you. I want to thank every single person who has been a part of the journey, supported me, and helped me reach where I am today.”

He added, “Today, I am planning to start something that I feel will probably help a lot of people. I hope you continue your support as I enter this chapter of my life.”

As Ganguly’s tweet sent shook everyone in the cricket fraternity, the BCCI Secretary Jay Shah denied reports of him leaving the board. “Sourav Ganguly has not resigned as BCCI President,” news agency ANI tweeted quoting Jay Shah.

Now Ganguly has also clarified that the tweet was just an advertisement tactic for a new educational app and he is not leaving BCCI. “Share my new initiative with all the educators, teachers, and coaches and give me an opportunity to help them grow. Link in bio. I am thankful to @ClassplusApps for helping me with this,” Ganguly wrote while sharing his new initiative with the world.

Share my new initiative with all the educators, teachers, and coaches and give me an opportunity to help them grow. Link in bio.

I am thankful to @ClassplusApps for helping me with this. pic.twitter.com/J9nTwiiWEJ

In a series of tweets, he wrote, “I have been getting a lot of questions about my previous post. For a while, I have been thinking about one group of people that has been helping our society selflessly and making India greater every day. IPL gave us amazing players but what inspires me, even more, is the amount of sweat and blood the coaches of all these players put in for their success. This is not just true for Cricket, but all the other fields like Academics, Football, Music, etc as well. I am fortunate to get all the coaches who made me what I am today.”

“For ages, we have been glorifying actors, players, and successful CEOs for the remarkable work they have done. It is time that we glorify the true heroes, their COACHES and EDUCATORS. I want to do something for all the coaches, educators, and teachers across the world. Starting today, I will actively work to support all of them by being their ambassador. I am thankful to Classplus for helping me with my vision. I hope this new initiative helps them all,” Ganguly concluded.

The former Indian opener played a total of 113 Tests in a career spanning 1992-to 2008. He also featured in more than 300 ODIs for the Indian cricket team. 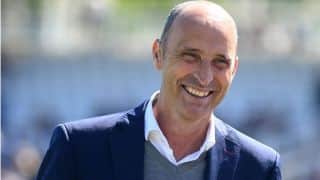 Recharge With Paytm - A Smooth and Seamless Experience