These exhibition matches could see players from Australia and England participate as well.

With calls of women s IPL gaining momentum after India women s remarkable performance since the past year or so, the Board of Control for Cricket in India (BCCI) have come up with a unique plan. The BCCI is planning to have women T20 exhibition matches during the upcoming stages of Indian Premier League 2018. The proposed matches will take place during knockout stages.

According to Times of India, Committee of Administrators (CoA) chairman Vinod Rai has hinted that BCCI is dedicated to conducting women’s IPL in due course. Rai said: “If we find that we can host a few exhibition matches then BCCI would like to do it this year. The women cricketers deserve to play IPL.

The IPL governing council did discuss a possibility of women’s league last October. Diana Edulji said: “The IPL GC may discuss it for sure. If it’s feasible we will do it. I am all for women’s IPL. But it’s too late this year to come up with a full-fledged event because of time constraint. We need a different window and, therefore, we can’t rush into it. It needs a lot of planning,”

These exhibition matches could see players from Australia and England participate with both nations touring India in the next few months. 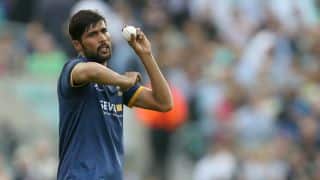