The Board of Control for Cricket in India (BCCI) continued to remain mum on the Indian team's controversial skipping of the ICC Annual Awards function in London three days ago with its Chief Administrative Officer refusing to react on the issue. 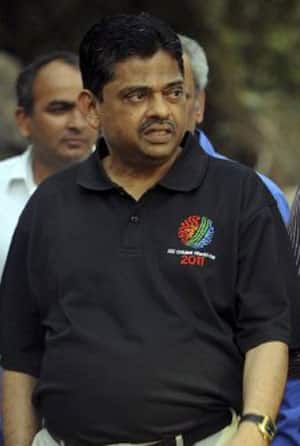 The Board of Control for Cricket in India (BCCI) continued to remain mum on the Indian team’s controversial skipping of the ICC Annual Awards function in London three days ago with its Chief Administrative Officer refusing to react on the issue.

BCCI CAO Prof Ratnakar Shetty said the Board has decided not to respond to ICC CEO Haroon Lorgat’s scathing criticism that the skipping of the awards function by the Indian team was a “shame”.

“I will not comment on that. Haroon (Lorgat) has said whatever he had to. BCCI has decided not to comment on it now. The event is over,” Shetty told reporters here.

There have been speculations in the media that the invitation for the function was not sent as per protocol, but the BCCI has also chosen to remain mum on this also.

The awards function was held in London on September 12 and the team, having lost the ODI series to hosts England following the tied game the previous night at Lord’s, chose to skip the ICC’s event.

The decision led to Lorgat blaming the BCCI squarely for the controversy as he said invitations had been sent to the Board a few weeks in advance.

“It was quite disappointing that the Indian team did not attend the Awards function last night. I know for a fact that my team had invited them some months back. We probably have confirmation of their likely attendance and in fact the very date was scheduled around their availability in London. Well, they haven’t and England team has attended,” Lorgat had said after the team’s no show.

“I know for a fact that they were invited. We sent those invitations through the BCCI. Perhaps that’s the question which should be asked to the BCCI,” he had said.

The ICC CEO had said that the huge gathering at the ceremony was disappointed to not find Indian players.

“In fact I feel more saddened by the number of people, in fact everybody was in attendance last night, who were quite disappointed that India was not there. And that makes me feel more sad and unhappy,” Lorgat said.

Lorgat also said such conduct and behaviour from a team like India was not expected.

“It’s a great shame and disappointing that not long ago they were the number one Test team in the World. They won the World Cup in such a great style. And there were many fans and people looking forward to their attendance. It’s a shame that they did not attend,” he said.

The team management had claimed earlier that the invite for the function came late.

Team manager Shivlal Yadav said he was informed only at 12 noon by an ICC communication officer by which time “the players were already away, some shopping, some sight-seeing as this was their final day of stay in London.”

The clarification from the ICC was that a mail to this effect had already been sent to the BCCI, much in advance on August 26.

“The Indian team management had been invited to attend tonight and they were invited some weeks ago. Those who were nominated for awards have known it since 26th of August, in Canterbury, when the short-listed names for the awards were announced,” according to ICC’s Head of Communications Colin Gibson.

ICC sources had also said they have evidence by mail which confirms that the BCCI was aware of the function and had also agreed that the Indian team would attend it.

“If it wasn’t so, the Indian team ought to have left for Cardiff (the venue of the final one-dayer) today itself and not stayed back in London on Monday,” said an ICC spokesman.

Shetty also refused to respond to reports about resumption of bilateral cricket ties between India and Pakistan which have been put on hold following the 26/11 terrorists attack on Mumbai.

“I have no comments on Indo-Pak series. Whenever it happens the Board will make an official announcement. For now nothing is chalked out or detailed for the series,” Shetty was quoted by PTI.