The BCCI has released pending payments to various stakeholders which include Test match centres, state bodies, match fee of India players besides salary of coaches and commentators.

New Delhi: The BCCI has released pending payments to various stakeholders which include Test match centres, state bodies, match fee of India players besides salary of coaches and commentators. Also the IPL franchises were paid one installment of their share from the “Net Central Rights”. The board’s website has uploaded all the payments and specific heads under which the invoices have been created from January to March. According to payments made in March, the cash-strapped Delhi and Districts Cricket Association (DDCA) have been paid approx Rs 1.69 crore under the head: “Advance against amount due to association”. The amount has been released on March 22 and will go a long way to help the staff, who have not been paid salaries for months.

The BCCI has also paid Rs 1.45 crore and Rs 5.54 crore (approx) on two separate counts property tax and service tax on behalf of DDCA. The payments to various Test centres have also been made. Accordingly, Himachal Pradesh and Hyderabad have received approximately Rs 2.82 crore each while Maharashtra and Andhra were paid Rs 4.52 crore respectively.

Chief coach Anil Kumble has received “professional fees” of approx Rs 48.75 lakh each for December and January while Rahul Dravid, currently coach Delhi Daredevils, has received two separate amounts of Rs 41.44 lakh and Rs 1.89 crore (approx) during the 2016 season for coaching India U-19 and A sides. 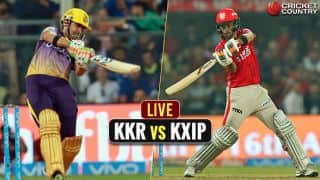