A very senior BCCI official said that some key changes are being made in the original Bill.

Greater Nodia: Under pressure to implement Lodha Committee Reforms as per Supreme Court Directives, the BCCI is relying that the revised National Sports Bill is tabled by the Budget Session of the Parliament in 2017 which will save them from undergoing structural changes. A very senior BCCI official said that some key changes are being made in the original Bill. “The age cap of 70 years and the nine-year tenure are likely to be changed. There is likely to be some changes in the cooling off period also. But since BCCI doesn’t take government grants and till now isn’t under RTI ambit, it will also need amendment,” a senior BCCI official told reporters on sidelines of the Duleep Trophy match. READ: Lodha Panel to meet on August 28

The BCCI officials know that there is every possibility that Review as well as Curative Review Petition will be rejected by Apex Court and the only hope is amended Sports Bill. “The National Sports Bill is the only hope. But it seems difficult that it would be placed before the Parliament during its Winter Session as it ends on December 23. So realistically the chances of Sports Bill being tabled is budget session,” the official said. READ: BCCI Working Committee to discuss ‘First Compliance Report’

The procedure would be Ministry of Youth Affairs and Sports (MYAS) will send the bill to Cabinet, which will then send it to Parliamentary Standing Committee that can seek amendments before it is finally tabled in Parliament. Meanwhile, save secretary Ajay Shirke all top BCCI officials will be in Florida for the two T20 Internationals as BCCI has arranged an all expenses paid trip for its officials. READ: BCCI vs Supreme Court: Conundrum continues

From DDCA, it is government nominee Rajan Tiwary who will be in the US. CAB will be represented by Gautam Dasgupta while NCC is sending Biswarup Dey. BCCI president Anurag Thakur and IPL chairman Rajeev Shukla will also be present. 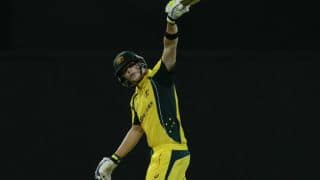