BCCI reprimanded by Supreme Court for disbursing money to states

BCCI reprimanded by Supreme Court for disbursing money to states

Under one of the many Lodha committee recommendations, BCCI is slated to clear past dues but not go ahead with any plans for the future endeavours at its meetings.

The Supreme Court has threatened to dissolve top rung of Board of Control of Cricket in India (BCCI) following allegations of defiance of sweeping reforms recommended by a panel set up to clean up the world s richest cricket body. The court stated that BCCI should have waited for the Supreme Court appointed Lodha panel to form guidelines for disbursal of funds for releasing Rs. 400 crore to state associations at a meeting on September 29. Under one of the many Lodha committee recommendations, BCCI is slated to clear past dues but not go ahead with any plans for the future endeavours at its meetings.

According to Hindustan Times, I think we are forced to come to a situation where the BCCI is asking for their suspension by this court, said Chief Justice of India TS Thakur. But the board defended its decision, saying the amount released was meant to clear due expenses in the 2015-16 financial year and not the future.

The Lodha panel formed last January as a follow-up to the court-appointed probe into the Indian Premier League (IPL) 2013 spot-fixing fiasco had complained to the SC that the BCCI was stalling any effort to change its old system of functioning.

The former SC judge also cribbed on the fact that the board flouted suggested guidelines at its annual general meeting on September 21, which also included taking a decision to form a new national selection committee. The BCCI sought to stick to its old system, saying the Tamil Nadu Societies Act governs it and the law allows certain privileges such as adopting a resolution with majority votes.

Its response says board members were told the panel s report has to be accepted in totality. But the members, including government nominees, insisted on a vote and the resolution was rejected overwhelmingly . 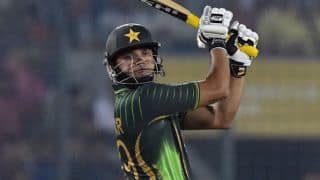