Mahendra Singh Dhoni will continue wearing the dagger insignia on his wicket-keeping gloves as it is not a military symbol.

Mahendra Singh Dhoni will continue wearing the dagger insignia on his wicket-keeping gloves as it is not a military symbol, Committee of Administrators (CoA) chief Vinod Rai asserted on Friday, saying that the BCCI has sought the ICC‘s permission for it.

READ: Fans hit out at ICC for objecting to Dhoni wearing gloves with Special Forces insignia

“The BCCI had already sent a formal request to the ICC for clearance. As per ICC regulations, players can’t sport any commercial, religious or military logo. There was nothing commercial or religious in this regard as we all know,” Rai told PTI over phone.

“And it is not the paramilitary regimental dagger that is embossed in his gloves. So Dhoni is not in breach of ICC regulations,” he added.

His statement comes after the ICC “requested the BCCI” to ask Dhoni to remove the sign from the gloves, citing rules which forbid display of messages “which relate to political, religious or racial activities or causes.”

Dhoni is an Honorary Lieutenant Colonel in the Parachute Regiment of the Territorial Army and dagger is part of their emblem.

The CoA chief’s defence is based on the fact that the para-regimental dagger logo has word ‘Balidan’ (sacrifice) inscribed on it, which is not the case with the logo sported by Dhoni.

The argument may not cut much ice with the ICC if it strictly goes by rules. The CoA’s intervention comes after there was social media criticism of the ICC’s objections.

When asked how India would respond in case the ICC insists on the removal of the sign and sanctions Dhoni for defiance, Rai said, “I think there has been a request to get it removed and not an instruction. As far as we are concerned, the BCCI CEO (Rahul Johri) will be reaching there before the Australia game and will be speaking to the senior ICC officials.” 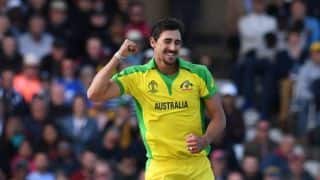 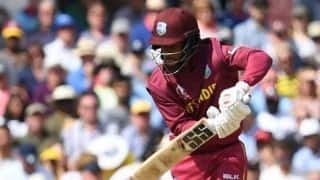