Out of the 12, BCCI has shortlisted five candidates whose resumes will now be sent to BCCI acting secretary Amitabh Chaudhary and CoA chief Vinod Rai for their views.

New Delhi: The Board of Control for Cricket in India (BCCI) on Tuesday conducted interviews of 12 candidates for the post of Team India manager. Out of the 12, BCCI has shortlisted five candidates whose resumes will now be sent to BCCI acting secretary Amitabh Chaudhary and Cricket of Administrators (CoA) chief Vinod Rai for their views. As per BCCI sources, the cricket board will on Wednesday announce the name of the new team manager. As per reports, there were just about 35 applications for the advertisement for the post and the BCCI had shortlisted 13. “We have shortlisted thirteen names for now. We’ll interview them on Tuesday afternoon,” BCCI acting president CK Khanna had told ANI. Earlier in July, the BCCI sought applications for the post, with July 21 set as the last date of submission. BCCI SGM: Majority of state associations eager to adopt Lodha Reforms partially

Meanwhile, Justice (Retd.) RM Lodha on Monday said that the functioning of the Board of Control of Cricket in India (BCCI) has not been very coherent and cohesive. His statement comes in the backdrop of the BCCI’s failure to implement the recommendations of the panel headed by him. It has been a year and the BCCI has still not accepted the Supreme Court-appointed Lodha Committee’s recommendations in toto. N Srinivasan and Niranjan Shah restrained from attending BCCI’s SGM on July 26 by SC

Earlier, in a landmark judgment on July 18, 2016, the Supreme Court accepted major recommendations of Justice RM Lodha-led panel on structural reforms in the BCCI and had given six months deadline to the board implement the recommendations. 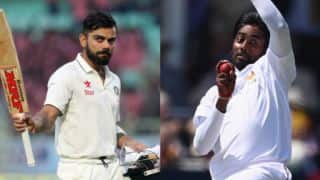