The finance committee decided that infrastructure subsidy granted to affiliate state associations will not be increased.

New Delhi: The Board of Control for Cricket in India (BCCI) expenditure on legal matters in the last two years went up to Rs 56 crore, it was disclosed at its finance committee meeting at New Delhi on Thursday.

It is learnt that due to the legal expenses skyrocketing in the past two years, the finance committee headed by Jyotiraditya Scindia decided that infrastructure subsidy to tune of Rs 50 crore granted to the affiliated state associations will not be increased to Rs 75 crore as was proposed for the year.

“In the last two financial years, the BCCI’s legal expenses have Rs 31 crore and Rs 25 crore respectively. It comes to the tune of Rs 56 crore and secretary Anurag Thakur and treasurer Aniruddh Chaudhary rightly said that we can’t right away increase the subsidies. It was also agreed that a guideline will be prepared to check how the funds are being utilised,” a member of the finance committee told PTI today.

It was also learnt reliably that Justice Mukul Mudgal committee probing the IPL spot fixing scam were paid Rs 1.5 crore while the BCCI has already spent Rs 3.90 crore for the Supreme Court appointed Justice RM Lodha committee. It has been learnt that the finance committee also took note of the fact that women cricketers have been ignored and the committee decided to start the gradation payment system for them.

“The likes of Mithali Raj, Jhulan Goswami will be brought under gradation ambit. By next finance committee meeting, we will be able to chalk out a programme as to how this gradation payment would work.”

Also the junior and A team cricketers playing domestic cricket will be given more money. “Earlier, U-16 boys would get a meagre amount of Rs 500 per match day which the finance committee plans to increase it to Rs 1,000 and similarly for the U-23, it would Rs 2,500 per match day,” the source informed. 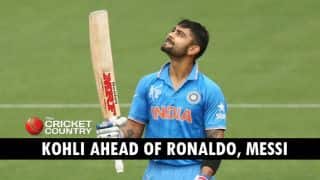 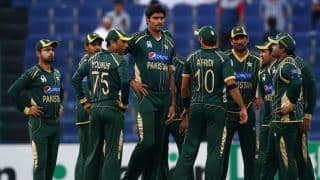