Chetan Desai, Phadke and Mulla who were involved in Goa Cricket Association scam have been sent to custody for a day.

After three officials from Goa Cricket Association (GCA) were caught for alleged misuse of funds of nearly INR 3 crore, the BCCI has decided to set out guidelines for payments in each association. BCCI will be sending notice very soon to all associations informing their stake holders that all payments will be made online and that all accounts will be verified by the bank and statutory authority. As per the previous fraud complaint, Chetan Desai, Phadke and Mulla had allegedly forged signatures with which they opened bank accounts to cheat on the TV rights money that GCA received from BCCI in 2006. ALSO READ: GCA officials sent to police custody

As per some new reports that were revealed in 2007 by GCA, a bank account was opened with Phadke as president, Desai as secretary and Mulla as treasurer. The account was closed in March 2008 after removing the entire amount (Rs 2.87 crore) by cash or bearer cheque. Knowing the previous scandals, BCCI president Anurag Thakur and Ajay Shirke have taken joint decision on the same. When the board official was asked stricter actions against these members while speaking to Indian Express, he said, “People might say BCCI should act now but we can’t go by allegations. Those officials were booked for fraud but these are allegations till date. Even the charge sheet has not been filed. You can’t call someone guilty until he has proven guilty under court of law. BCCI has taken certain step which we have sent to all associations and as far as action on these members are concern we will take it after taking consent of our members in the working committee.”

On the other hand, Desai who works in the marketing committee of BCCI might get suspended for his actions in the meeting which will take place at Dharamsala while Phadke will also be on the hit list. GCA as an association will not be suspended, but a committee will be formed soon to monitor the activities in the state.

The complaint also includes that no action was taken by BCCI at the time when the fraud happened,  “That a life member of GCA, Shri Hemant Angle, had complaint (sic) about this fraud to the BCCI but no action was taken by BCCI even to investigate in (sic) the matter. This shows that how BCCI has supported the Committee members in such above mentioned fraud. Without the strong support of BCCI, the mother body of GCA, the office-bearers would not have dared to do such act of cheating.” 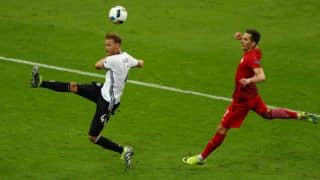 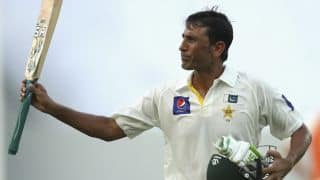