BCCI technical committee meeting to discuss issues relating to scheduling of matches, quality of pitches among others

BCCI technical committee meeting to discuss issues relating to scheduling of matches, quality of pitches a

BCCI commitee meeting will include captains, coaches from all Ranji teams.

The technical committee of the Board of Control for Cricket in India (BCCI) meets at the end of each season to hear out coaches and captains of Ranji Trophy teams on the ills of domestic cricket. A lot of noise is made on scheduling of matches, quality of pitches and balls and the standard of umpiring. United Arab Emirates earned Rs. 250 crore in IPL 2014, says Anurag Thakur

The people attending the meeting may change with new captains and coaches coming in, but the issues remain more or less the same every year. A video recording of one meeting can as well be replayed every time the committee meets because the same issues are raised again and again without an action plan or the redressal mechanism. Sunil Narine’s bowling action reported yet again; under the scanner during IPL 2015

If there is one issue which does not crop up these days is the quality of infrastructure. Most state associations utilise the board’s subsidy fully for construction of stadiums, some raising state-of-the-art facilities. There are others, mercifully not many, whose subsidies have evaporate in thin air. One can understand the politicians being careless with money but sadly former India cricketers, too, are charged with large-scale financial irregularities. Chennai Super Kings’ surprisingly low value to be discussed at BCCI Working committee

The buzz word in Indian cricket these days is “conflict of interest”, thanks to the Indian Premier League (IPL). Almost all the icons of Indian cricket are involved with some franchise or the other as mentors, coaches, advisers et al and at the same time they are also holding some official position in the board. BCCI mum on allotting Afghanistan home ground in India

For instance people who accuse Anil Kumble of getting involved with Mumbai Indians when he is also the chairman of the board’s technical committee forget the kind of work he and Javagal Srinath did as president and secretary of the Karnataka State Cricket Association (KSCA). The kind of infrastructure they have created in the state is a testimony to their impressive work. No wonder they could not survive for long, the schemy old sharks are back in the saddle. IPL 2015: Pune, Mumbai to host playoff matches, Kolkata gets the Final

Talking of infrastructure, the Hyderabad, Andhra, Himachal Pradesh and Vidarbha associations have used the board’s subsidy to construct stadiums of aesthetic beauty as well as provide fantastic facilities. They have spacious dressing rooms, spectator comfort both inside and outside the stadiums and importantly, parking space for people driving in from far-off places. Mind you these facilities have come up not in metros or big cities. IPL 2015: Sports Ministry asked BCCI to share profit

Chinnaswamy Stadium, Chidambaram Stadium and the newly-named Inderjit Singh Bindra Stadium, can be templates for others. The Vidarbha Cricket Association Stadium is another that has kept cricket at heart. Here the media can have an ideal view and what’s more the scribes get parking stickers with the accreditation. CBI officer Vivek Priyadarshi to head IPL scam probe team

The association which is in the process of building an ultra-modern stadium is the Andhra Cricket Association (ACA) at Mangalagiri to add to their scenic Y.S. Rajasekhar Reddy (YSRR) Stadium in Visakhapatnam. The ambience and backdrop of the YSRR Stadium at Pothenamallayya Palem is as picturesque as the one at Dharamsala in Himachal Pradesh. The Rajiv Gandhu Stadium at Uppal in the neighbouring Telangana state had come in for praise from Sachin Tendulkar for its spacious dressing rooms. N Srinivasan to continue as ICC Chairman at least till Annual General Meeting in September, says Anurag Thakur

The Andhra association has done much more. It has persuaded former India wicketkeeper Mannava Sri Kanth Prasad to quit as an executive in a flourishing public sector unit to take over virtually as CEO, though he prefers to be called Director, Cricket Operations. The association has the multi-faceted Gokaraju Gangaraju as its secretary. Raju, who played inter-university cricket when it was something to be talked about, goes out of his way to help cricketers in the state. It disburses Rs.75 lakh per annum as stipend to players. BCCI’s Anti Corruption and Security Unit to be headed by Neeraj Kumar

Gangaraju, a self-made industrialist, says an indoor stadium with 10 pitches with natural light as well as flood-lights at Mangalagiri is almost complete and it is going to be ACA’s showpiece facility. The association has three academies for boys and and another exclusively for girls. The board has made the girls academy as its training headquarters for women’s cricket, a la the National Cricket Academy. Sourav Ganguly discusses the possibility of coaching Team India with Jagmohan Dalmiya

The trainees get free, board, lodging and education in reputed schools as a backup in case someone doesn’t measure up to the cricket standards. Each academy has three coaches of different levels, a trainer and a physio and preferably a couple to manage the affairs as administrative manager and warden. BCCI aims to appoint consultant to strengthen ACSU

Gangaraju has also gone to the grassroots level by investing Rs.15 lakh in each of the 13 districts for unearthing talent. Prasad roped in former India international Mohammad Kaif to mentor the youngsters and lead the state team. Still, he says, the ACA shows some Rs.60 crore surplus in its books when most association who hold Test and international matches are perennially in the red.

The outcome of all this is incredible. The state has achieved something that no other association has done in the 2014-15 season by entering the all-India knockout in the Under-16, Under-19, Under-23, Ranji Trophy and the T 20 tournaments. The women’s team won the Plate championship and the Under-16 girls, the zonal championship.

The nearest comparison to Andhra could be Rajasthan when Lalit Modi was at its helm. He had worked out similar facilities and encouragement to players. The result was that Rajasthan for the first time won the Ranji Trophy not once but twice in succession. Now board politics has left the state association in turmoil and cricket is suffering. There is no doubt there is too much of cricket in the country, but no one wants to think of regulating it by tweaking the domestic calendar. That can a topic for discussion another day. 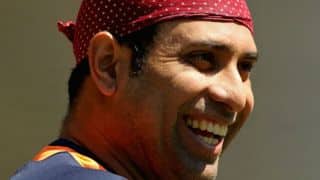