The schedule, this season has been planned keeping in view the forthcoming Under 19 World Cup and the ICC World T20.

This year Board of Control for Cricket in India (BCCI) will conduct more than 900 matches in the span of six months starting from October 2015 and ending in the beginning of March 2016, before the start of the ICC World T20, which will be hosted in India. This will translate into 2100 playing days of cricket that includes, senior domestic tournaments, junior domestic tournaments and women’s cricket. Speaking on the domestic schedule, the Honorary Secretary of the BCCI, Mr. Anurag Thakur said, “This year we have re structured the domestic schedule based on our international commitments and ensure that all our players will get an opportunity to participate and perform, thereby improving their chances of being selected for our National teams.

He further added, “We are releasing the schedule well in advance so that our state associations and teams have enough time to plan and prepare for the forthcoming season. We do recognise that domestic cricket is of paramount importance and BCCI will continuously strive to improve the standards and ensure that the foundations of Indian cricket are further strengthened.”

Following are the salient features of the schedule for this year:

The schedule, this season has been planned keeping in view the forthcoming Under 19 World Cup and the ICC World T20, and with an intention to complete all our relevant domestic competitions well before the selection for these tournaments, and the players will get an opportunity to participate and perform.

While planning the schedule, BCCI have taken note that the matches in the North are disrupted in the months of December-January and hence all zonal tournaments are being played during that period.

A new Under 19 Challenger tournament has been introduced in the Junior level this year which will feature three teams selected by the Junior National Selectors and provide yet another opportunity to all the players to perform, before the National squad is selected for the Under 19 World Cup, to be played in Bangladesh in January.

Starting this year, the senior Men One day and the T20 tournaments will be played on a Group basis( like Ranji Trophy) and not on Intra Zonal basis. Being the first time, the teams have been divided into 4 groups and these groups have been made based on the last year’s performance in the respective tournaments.

The Deodhar trophy will be played on a three-team format which comprises of the champion team of the Vijay Hazare tournament and two other teams which will be selected by the Senior National selectors. 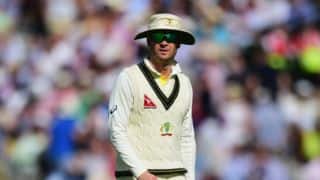 How well do you know abbreviated names of famous cricketers?