It is learnt that the COA has permitted BCCI to disburse an amount of Rs 75 crore to various state units since they have raised the invoice. This

Kolkata: The Supreme Court-appointed Committee of Administrators (COA) wrote to the state associations that expenses incurred in domestic tournaments will be reimbursed by the BCCI. It is already learnt that the COA has permitted BCCI to disburse an amount of Rs 75 crore to various state units since they have raised the invoice. This is in connection with the Supreme Court order of September 21 that the COA has been informed that certain State Associations have sought reimbursement of expenses in relation to domestic tournaments.

“In order to ensure that interest of cricket is not jeopardised and the concerned state associations do not face any kind of litigation and/or undue harassment, the Committee of Administrators (COA) is of the view that expenses already incurred in relation to domestic tournaments may be reimbursed by the BCCI,” the COA has written an e-mail, a copy of which is in possession of PTI. It will be subject to scrutiny by the BCCI Finance Team of the supporting documents submitted by the concerned State Association to BCCI.

“It is difficult for the BCCI Finance Team to independently verify whether the payments in respect of which reimbursement is being sought have actually been incurred by way of payment to the concerned parties, a responsible authorised officer of the state association should submit an undertaking in the enclosed format confirming the same. The reimbursement may be done on the basis of such undertaking,” it added. 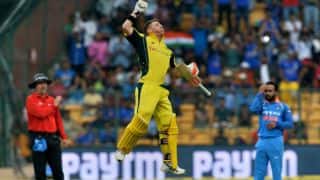