The Supreme Court suggested Gavaskar taking over the post till the end of the spot-fixing probe.

The Board of Control for Cricket in India (BCCI) has reportedly decided to moot the prospect of batting legend Sunil Gavaskar as the interim President after the Supreme Court’s verdict demanding the current occupant N Srinivasan to step down from the board in the wake of the Indian Premier League (IPL) 2013 spot-fixing allegations.

According to NDTV, the BCCI functions on its own accord and an outsider like the former Indian captain Gavaskar while reports came in earlier in the day about the much maligned N Srinivasan willing to relinquish his duties as BCCI chairman.

According to the clause 15 (v) of BCCI’s rules and regulations, “In case of vacancy occurring in the office of president by reason of death or by him being adjudged insolvent or by him being convicted in a criminal case by a competent Court or by resignation or otherwise, The Hon Secretary shall within fifteen days convene a Special General Body Meeting to elect the president who shall be nominated by at least one Full Member from the zone which proposed the name of the President whose term was cut short prematurely. Such person who is so elected shall hold office till the next elections.”

The suggestion first cropped up when the apex court pitched in with the prospect of Gavaskar temporarily taking over the reins till the IPL 2013 probe is done and dusted.

The report also states that another former captain Anil Kumble and Shivlal Yadav may be the options that BCCI might toy with and also goes on to mention that a plea will be put forward for allowing the participation of Chennai Super Kings and Rajasthan Royals, who are being investigated, to participate in IPL 7 as BCCI could run in losses that would amount to Rs 400 crores and would be a monumental setback in the tournament. 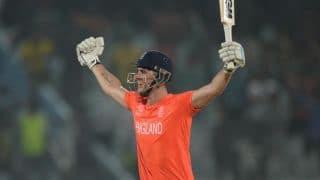 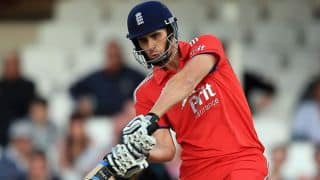