Dalmiya stated that the move by the BCCI was in the "larger interest of cricketers in the two states.

Kolkata: The Board of Control for Cricket in India (BCCI) president Jagmohan Dalmiya said on Friday that it was “necessary” for the board to step in and protect the interest of the sport in the states of Bihar and Uttarakhand for which ad-hoc committees were formed on the same day to look after the state of affairs. “In view of the factional disputes over the years, the game of cricket and the players are suffering in both Bihar and Uttarakhand and no proper development of the game are being undertaken,” Dalmiya stated in a release at Kolkata. READ: Niranjan Shah to chair Bihar ad-hoc committee

The BCCI today formed two separate ad-hoc committees for Bihar and Uttarkhand to be spearheaded by Niranjan Shah and MP Pandove respectively and they will function till the affiliation issues of the two states are resolved.

The formation of the two committees has come close on the heels of a protest threat by 1000-odd Bihar cricketers under the banner of Bihar Players Association (BPA). READ: BCCI unwilling to pay expenses of Bihar Cricket Association election

Headed by Mritunjay Tiwary, BPA had protested outside the residence of president Jagmohan Dalmiya in Kolkata last month and had threatened to protest outside Jantar Mantar and “gherao” BCCI secretary Anurag Thakur’s residence on August 12 in New Delhi, beside “locking up” BCCI headquarters in Mumbai on August 20. 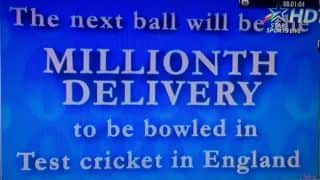