The BCCI used to pay half-a-million dollars to well-established nations in the 80s.

On receiving criticism from all ends for putting in efforts to take over the cricketing world, a Board of Control for Cricket in India [BCCI] official said that in the ’80s, BCCI used to pay top cricket playing nations like the West Indies and Australia to play against India.

“BCCI used to pay more than half-and-million dollars as guarantee money for inviting teams like the West Indies and Australia home. That time no one had a problem,” told a top BCCI official, reports Times of India.

The official also claimed that some of the well established boards were against India’s participation at the 1983 World Cup as Kapil Dev‘s team wasn’t producing good results.

Now, things have changed. With more than 80% money used in cricket coming from India, BCCI is eyeing a bigger chunk from the International Cricket Council‘s [ICC] revenue as India apparently needs to spend more on the game than any other Test playing nation.

Pressing home the case for the BCCI wanting to continue the Champions Trophy, the official said, “It should continue. In between, ICC introduced more than eight teams for the tournament. Last year in England, it was a great success because only the top eight teams took part in the event.”

“Cricket is big here compared to any other nation and BCCI needs money to popularize the game. What the Indian board is asking the ICC is not something unacceptable. The other Test playing nations are aware of it,” he added. 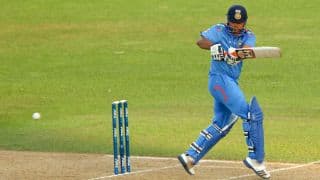