The BCCI is working out to reschedule nearly 17 of the 30 matches in the ongoing Vijay Hazare Trophy that were abandoned due to rain.

The Board of Control for Cricket in India (BCCI) has rescheduled nearly 17 of the 30 matches in the ongoing Vijay Hazare Trophy that were abandoned due to rain.

The domestic one-day tourney got underway from September 24 but only six of the 12 scheduled matches produces results while the rest were abandoned without a ball bowled due to rain. The following two days were no better.

“We are working on the rescheduling and it should be done soon,” ESPNcricinfo quoted BCCI, General Manager (cricket operations) Saba Karim as saying. “We want to have as many matches as possible. Three of the groups were affected, A, B, and D due to unseasonal rains, so we’re looking at how to accommodate those. The matches in Jaipur have gone on smoothly.”

Bengaluru, Dehradun, Jaipur and Vadodara are playing hosts to the tournament. Barring Jaipur, where Group C matches are being played, the rest of the venues have seen inclement weather affecting the games, especially in Bengaluru and Vadodara.

As per ESPNcricinfo, a meeting between team managers of Group A in Bengaluru and the BCCI officials was held on Thursday. There wasn’t a consensus over the rescheduling but BCCI went ahead with it, finalising the updated fixtures by Friday morning. 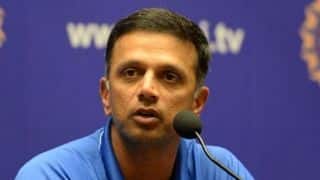 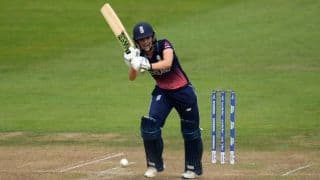