The "inappropriate" approach was first reported in the media before both BCCI and Rajasthan Royals.

Mumbai: Mumbai Cricket Association (MCA) has not received any letter from the BCCI over the reported inappropriate approach made to a Mumbai-based player playing for Rajasthan Royals (RR) by another Ranji Trophy teammate, who is not part of the ongoing IPL.

In the absence of any such communication from the Indian cricket board, MCA has decided not to conduct any internal enquiry on the contentious issue, a top MCA official told PTI today.

“We have not received any letter on the issue from BCCI. So the managing committee has decided not to pursue the matter on our own,” the official said when queried on the subject.

The “inappropriate” approach was first reported in the media before both BCCI and Rajasthan Royals, through a statement on April 10, confirmed the incident, without mentioning from which unit the players hailed from.

“An inappropriate approach was made to a member of the Rajasthan Royals Team that is currently participating in the Pepsi IPL 2015,” said BCCI secretary Anurag Thakur.

“The player, who was approached, reported the matter to his Team Management immediately, who in turn have reported the incident to the Anti-Corruption Unit of the BCCI. The ACU of the BCCI is currently investigating the matter to ascertain the facts,” he stated further in his media statement.

“Over a month ago, a player from Rajasthan Royals was approached inappropriately by a player (who was not part of the IPL) in connection with the Indian Premier League 2015 matches,” said Royals’ CEO Raghu Iyer in a media statement.

The first meeting of the new IPL governing council was held on April 20 and the names of Neeraj Kumar, former Delhi Commissioner of Police, and Madhusudan Sharma, IPS, were proposed as consultants to the Anti-Corruption Unit of BCCI which were ratified by the Board’s working committee that met last Sunday in Kolkata. 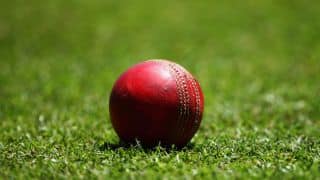