New Delhi: The BCCI was on Tuesday left red-faced after a letter it sent to state associations on the upcoming annual domestic captain-coaches’ conclave, to be held in Mumbai on February 28, carried a glaring error. The letter sent to state associations by BCCI acting secretary Amitabh Chaudhary, a copy of which is in possession of PTI, states that the “purpose of meeting is to seek feedback from the captains and coaches about Ranji Trophy season 2016-17 and discuss the same”. What left a lot of state associations confused was the “2016-17 season” in place of what should have been 2017-18 season.

While it is clear that it was a factual-cum-typographical error committed by the administrative department, what baffled many state unit officials was that nobody bothered to send a corrected version till Wednesday evening. “It may have been an error on their part but it looked like a copy-paste job taking the template out of an earlier year’s letter. They should be a bit more careful about it,” a senior state board functionary told PTI on conditions of anonymity.

He added, “I believe the secretary (Chaudhary) should at least read before signing any document. It reflects BCCI in poor light and also shows the seriousness about domestic events.”The meeting has been called a day after the Vijay Hazare Trophy to make it more meaningful as the chairman of selectors, MSK Prasad, will also be present and give his inputs regarding the scheduling of tournaments, which will help in smooth selection of senior and A teams. 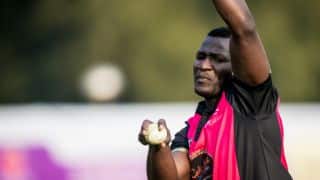 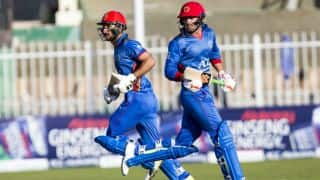