The meeting was to take place on May 27 in Mumbai.

The tussle BCCI and Committee of Administrators (CoA) sees no end. The Supreme Court-appointed CoA has cancelled BCCI s New Area Development Programme (NADP) committee meeting due to no prior approval. The meeting was to take place on May 27 in Mumbai. BCCI Secretary Amitabh Choudhary did issue an agenda notice to the members of the committee, which would have seen development of cricket in northeast.

In an email assessed by Indian Express, CoA wrote: Notice of any meeting of any committee/subcommittee or the General Body of the BCCI shall be issued only with the prior approval of the Committee of Administrators. While seeking such approval the convener of the relevant committee/sub-committee and/or the Acting President/Acting Secretary, as the case may be, shall also provide a draft notice and draft agenda for the proposed meeting as well as any related documents that are circulated and/or intended to be circulated to the persons/members entitled.

The email further reads: Accordingly, the proposed meeting of the NADP Committee scheduled to be held on 27th May 2018 stands cancelled. As per CoA directives, BCCI CEO must be present at the any meeting, and any decision taken by the committee should be notified to the CoA and BCCI CEO by the chairman of the meeting.

First Published on
Last updated on May 22, 2018 8:53 AM IST
TOPICS:
BCCI Board of Control for Cricket in India Amitabh Choudhary COA Committee of Administrators 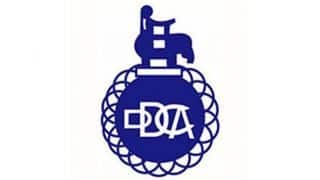