SB Singh is the only curator in BCCI to have a pitch doctorate.

Bengal s captain Manoj Tiwary was critical of this and said: “I had a talk with him (Singh) and he said the Board wants sporting wickets that will last all four days.”

It is being reported by cricbuzz that BCCI had received a complaint regarding Mukherjee. In his complain, Singh, who is the chief curator of Jharkhand Cricket Association, said he was not allowed to oversee the pitch on his arrival.

He further adds that, the ground staff waited for permission or instructions from Mukherjee, who was in Kolkata at that time. Singh is the only curator in BCCI to have a pitch doctorate.

Speaking on the same CAB President Sourav Ganguly said: “It is an issue between us (CAB) and the board, and should not be spoken of in public. 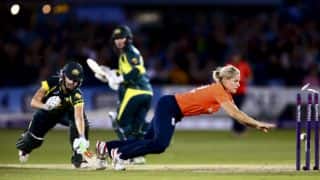