From administration to selection of uncapped players in the national team, the BCCI of late seems to have found 'youth' as its new mantra.

New Delhi: From administration to selection of uncapped players in the national team, the Board of Control for Cricket in India (BCCI) of late seems to have found ‘youth’ as its new mantra. On Sunday, while the board witnessed the election of 41-year-old Anurag Thakur as its second youngest president after Fatehsingh Rao Gaekwad, Monday saw the Sandeep Patil-led selection committee name as many as five fresh faces for the limited overs tour to Zimbabwe and the West Indies-bound Test squad. Thakur, a three-time Bharatiya Janata Party (BJP) MP from Hamirpur in Himachal Pradesh, has been active in sports administration for more than a decade now. He found himself elevated to the top post of the world’s richest cricket board during its Special General meeting on Sunday. BCCI contemplate mini IPL in September 2016

Thakur, who was elected Himachal Pradesh Cricket Association (HPCA) president at the age of 26, was also the youngest to head a state cricket association affiliated to the BCCI. According to some seasoned BCCI officials, Thakur worked hard to turn around a “backward state” like Himachal and establish one of the most impressive venues on the world’s cricket map. Thakur created modern cricket facilities not just in picturesque Dharamsala but also in smaller towns like Bilaspur and Una.

These inclusions meant that senior pros Suresh Raina, Harbhajan Singh, Yuvraj Singh and Amit Mishra found themselves out of the reckoning despite being among the sure-starters in their respective Indian Premier League (IPL) franchises. Raina, who despite being amongst runs in the IPL, failed to impress the selectors, who decided to opt for the rookies. But Mumbai’s Rohit Sharma’s inclusion in the Test squad hasn’t cut much ice as the 29-year-old has found the going tough in the longest format.

With the board and selectors reposing their faith on youngsters, it will be interesting to see how they deliver. While Thakur and his new office bearers’ immediate challenge will arrive in July, when the Supreme Court issues its order on implementing the Justice R.M. Lodha Committee reforms in cleansing the BCCI, the players will have to grab the opportunities with both hands if they are to cement their places in the playing XI. 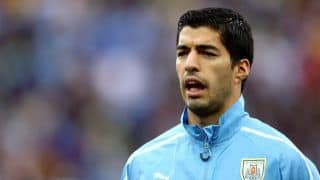