The full schedule of IPL-12 will be released only after dates for the general elections are announced.

With India s general elections next year, the Board of Control for Cricket in India (BCCI) is mulling the idea of shifting the Indian Premier League Season 12 to South Africa. According to a report in Mumbai Mirror on Sunday, a recce team of the BCCI will leave for South Africa in a couple of days to keep the back-up plan ready should the IPL be asked to move out due to the elections.

The BCCI s recce team Hemang Amit and Navneet Kaur will explore venues such as Johannesburg, Cape Town, Durban and Port Elizabeth to discuss the requirements for the 45-day tournament. The recce will last for 10 days.

According to information given to Cricket South Africa, both boards want to make sure that the IPL games do not clash with their domestic schedules.

South Africa hosted the IPL in 2009 and should the need arise, the same country will be the tried and tested choice. However, if only a part of the tournament is needed to be shifted, then the UAE, like in 2014, will play host to the T20 extravaganza.

Amit and Kaur will make a pit stop during their return from South Africa at Dubai and discuss with the Emirates Cricket Board (ECB) about hosting some IPL matches there.

The full schedule of the IPL-12 will be released only after dates for the general elections are announced. 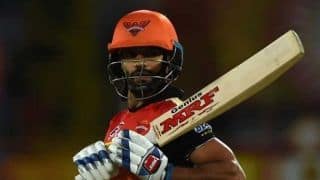