Four years after his debut for India in a T20I against Zimbabwe - Sanju Samson has been drafted in the Indian squad. Four years after his debut for India in a T20I against Zimbabwe, Kerala wicketkeeper batsman Sanju Samson has been drafted in the T20 squad for the series against Bangladesh which starts November 3.

Samson, who recently scored a double century in the Vijay Hazare Trophy 2019-20, has been called up as cover for an inconsistent Rishabh Pant. Samson has scored 502 runs in ten Vijay Hazare Trophy matches this season at an average of 55.77. With Virat Kohli rested for the three T20Is, Samson is likely to slot in at No.3 for India the T20I series.

“I am feeling very happy and excited,” Samson told Times of India. “I have been working very hard to get into the Indian team, which is the best in the world. I am happy to do whatever role the team gives me whether it’s in the top-order or the middle-order.

“The biggest positive change this season has been that I tried to play to my strength. I try to dominate and play fearless cricket all the time. This season has just started and I would like to keep performing like this.”

Recently, in the Vijay Hazare Trophy, Samson struck his maiden List A century more than seven years after his debut and turned in into a double hundred for Kerala against Goa. He finished the tournament with an average of 58.57 and a strike rate reading 125.

“It was a special innings. The wickets were good to bat in Bangalore for that tournament,” Samson said. “I had been scoring 40s and 50s before that and that too at a good strike rate. So I knew if I get past 100 and if there were overs left, 200 was a possibility. I just reacted to each ball in that innings. I did nothing different compared to the earlier knocks.”

With chief selector MSK Prasad going on record stating that the BCCI has decided to move on from MS Dhoni who has been on a sabbatical since India’s World Cup exit the door has opened up for Samson. The race for India’s limited-overs wicketkeeper slot is now primarily between Samson and Pant, and with the World Cup less than a year away, the 24-year-old wants to make it count now more than ever.

“I just want to concentrate on T20s so I can perform and go to the next level. It depends on the form and performance. Any opportunity I get, I will try to give my best. The dream is to play and win the World Cup for my country. I don’t know which year it will happen. But that is my dream,” he said.

Before his maiden game for India four years ago, Samson’s first tryst with the Indian team was during their tour of England in 2014, where he was picked in the squad but unfortunately didn’t get a game. A year later in Harare, India, under Ajinkya Rahane, lost the second T20I in which Samson scored 19 and the series was drawn.

Since then, Samson has done all the right things set ablaze the IPL and scored heaps of runs in the domestic circuit to receive a second call. There were some low moments during the course of that time like his fallout with the Kerala Cricket Association, but Samson revealed he was able to withstand all of it and come out stronger and a lot more mature.

“I understand my game better now. I can gauge what the opposition is thinking during a game. It has come through the experience of playing a lot of games. Obviously, I am much more relaxed now when I step out onto the field. I have grown as a cricketer as well as an individual now,” he added.

“My family and friends have stood behind me firmly during the difficult periods. Then there are the cricket association people like Jayesh sir ( new BCCI joint-secretary) and Vinod sir (Trivandrum District secretary) have backed me.” 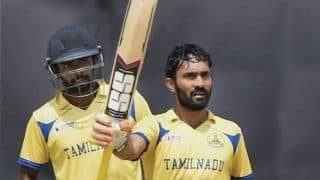 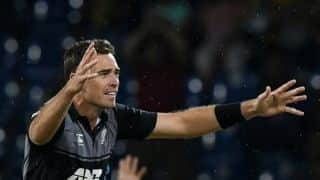