Below my dignity to react to Shoaib Akhtar: Sachin Tendulkar

Below my dignity to react to Shoaib Akhtar: Sachin Tendulkar

Sachin Tendulkar on Friday lashed out at Pakistan pacer Shoaib Akhtar, saying that it is below his dignity to react to what Akhtar claimed. 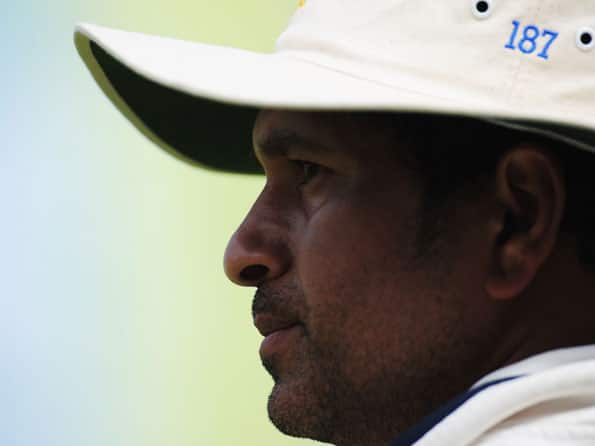 Sachin Tendulkar on Friday lashed out at Pakistan pacer Shoaib Akhtar, saying that it is below his dignity to react to what Akhtar claimed.

Tendulkar was quoted by Zee News, “It is below my dignity to react to Shoaib s comment.

Akhtar stirred yet another controversy, this time questioning the class and temperament of India’s batting stalwarts Tendulkar and Rahul Dravid.

In his just-published autobiography ‘Controversially Yours’, the temperamental Pakistan speedster has accused Tendulkar of being scared to face his scorching pace on a slow Faisalabad track.

He also claimed that Tendulkar and Dravid were not match-winners nor did they know the art of finishing games.

“….Vivian Richards, Ricky Ponting, Brian Lara and the likes of them are great batsmen who dominated with the bat and were truly match-winners. Initially, when I bowled against Sachin, I found these qualities missing. He might have had more runs and records, he lacked the ability to finish the game,” he said in the book, to be formally launched here this evening.

Akhtar, who announced his retirement during the World Cup this year, also cited an example where he felt that Sachin was mighty scared to face him.

“We would have faced a humbling defeat in the series but for the fact that we reined in Sachin Tendulkar. What went in our favour was that Sachin was suffering from tennis elbow! This severely handicapped the great batsman. We managed to psychologically browbeat him.

“We bounced the ball at him and were able to unnerve him. I returned to the dressing room that first day with the knowledge that Sachin was not comfortable facing fast and rising ball. He was distinctly uncomfortable against me. That was enough to build on”, he said.

“I bowled (Sachin) a particularly fast ball which he, to my amazement didn’t even touch. He walked away! That was the first time, I saw him walk away from me– that, too, on the slow track at Faisalabad. It got my hunting instincts up and in the next match I hit him on the head and he couldn’t score after that”, Akhtar wrote.

Warriors win toss, elect to field against RCB in CLT20