Ben Stokes and Alex Hales were involved in a pub brawl incident in Bristol during the England versus West Indies ODIs.

All-rounder Ben Stokes and his team-mate Alex Hales have been retained in England‘s list of centrally-contracted players for the 2017-18 international season. The retention came despite the duo’s current unavailability for selection in international matches in the wake of Stokes’ arrest in Bristol last month. Stokes, however, has been withdrawn from the Ashes squad by the England and Wales Cricket Board (ECB) in the wake of pending investigation into the incident that led to his arrest in Bristol on suspicion of causing actual bodily harm. Hales was with Stokes at that time. Hales was with Stokes at that time.

The 26-year-old Durham all-rounder was released without charge but remains under police investigation. Meanwhile, the surprise omission in the list of Test contracts is that of Durham fast bowler Mark Wood, who has also not been named in the England’s Ashes squad. However, Wood has been included in the white-ball contract.

Meanwhile, Steven Finn has also been left out from the central contract despite being named as Stokes’ replacement for this year’s Ashes series Down Under. Pace bowler Jake Ball has been handed his first contract by earning a limited-overs deal, while Toby Roland-Jones has earned an incremental contract. Ball bagged 5 for 51 in his ODI debut against Bangladesh besides also being part of the Champions Trophy squad.

Roland-Jones, on the other hand, missed out on the Ashes tour after suffering a stress fracture of his back at the end of the season. Although England are Ashes holders, they have lost two out of their past three tours Down Under by 0-5.

England will now be desperate to hit the ground running when the two sides meet at the Gabba in Brisbane on November 23. 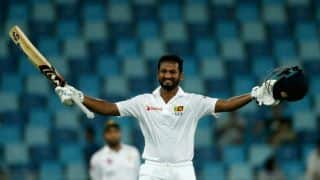 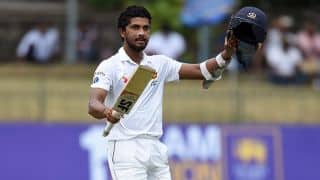 Sri Lanka to play practice game at Jadavpur University in Kolkata, ahead of India Test opener