Andrew Flintoff believes Ben Stokes has the capability to take the fight to Australia.

Former England captain Andrew Flintoff believes that with a ‘fantastic’ Ben Stokes in their line-up, England can beat the Aussies during the upcoming Ashes series. The Mirror quoted Flintoff, as saying that Stokes was a proper batsman and could take the fight to the Aussies. READ: Ben Stokes scores 2nd fastest century for England

Praising Stokes, Flintoff described the former as a new version of himself and Ian Botham, and predicted that he would be a star in his own right and have his own image. Flintoff also said that his bowling was only going to get better as his action would evolve and he learns his craft. Stokes, he said, already has a knack of making things happen with the ball. READ: Cricket needs men like Ben Stokes

Stokes helped England register a thrilling victory against New Zealand at Lord’s in the first test, and since then, has been winning praise from the cricket fraternity. Flintoff also praised England captain Alastair Cook for becoming the nation’s leading Test scorer after mentor Graham Gooch. READ: Ben Stokes rekindles the spirit of Andrew Flintoff

He said that there were not many people who could make a hundred on their Test debut after flying halfway round the world as emergency cover, and very few can score 9,000 runs and even fewer who can deliver under the pressure he’s been under for the last year.READ: Ben Stokes plays two career-defining knocks against New Zealand in 1st Test at Lord’s 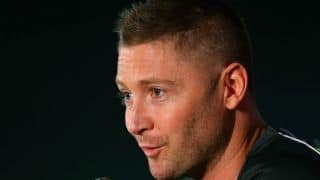 Michael Clarke: Let’s not get carried away 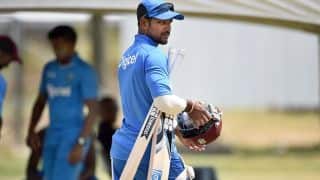