ECB chief executive Tom Harrison has indicted that all-rounder Ben Stokes could be back to the England side rather sooner than later.

England and Wales Cricket Board (ECB) chief executive Tom Harrison has indicted that all-rounder Ben Stokes could be back to the England side rather sooner than later, as the board looks to “rehabilitate reputations on the field” in the wake of his arrest, following a street brawl in Bristol. With just a couple of weeks before the 2017-18 Ashes gets underway Down Under, Harrison has said that the ECB are “holding pattern” as they await the verdict from Avon and Somerset Police that whether the all-rounder would be charged following his alleged involvement in the brawl at the nightclub. The board is expecting the report from the police by Wednesday. The Ashes 2017-18: James Anderson ready to replace Ben Stokes as England s vice-captain

On the current Stokes scenario

“What happened was wrong, there’s no question about that. You don’t want to see your sport in that position and there are consequences of that. We’re in a holding pattern at the minute. There’s a process with the police and then a disciplinary process. As you’ll appreciate, these things take time and that’s the pattern we’re in at the moment,” said Harrison, as reported by ESPNCricinfo. Ben Stokes controversy: Andrew Strauss calls for clarity

On the possible timeframe of Stokes’ return

“It’s complicated. We can’t go into any kind of detail about police matters, but there are serious issues that the game has to face and we have to get it right. We have to get that balance between censure and support absolutely right. I think cricket’s response to this will show the value of the game in the best light. Having been through a difficult moment, I think we’ll see the very best of cricket come out. We are blessed with a group of outstanding characters in the men and women’s game. They are great ambassadors for the game and this is very much an isolated incident and an aberration.”

“I think we will quickly recover to a place where the game is seen as doing its best to rehabilitate reputations on the field, and try to get Ben and Alex [Hales] back to a place where fans are really behind them, trying to do what they do best.” 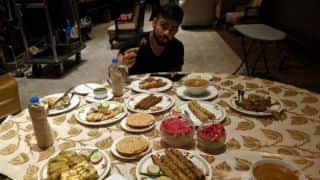 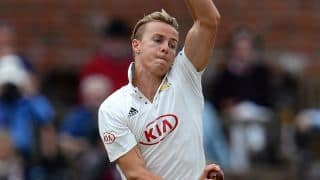