Stokes was charged with affray on Monday evening over street-brawl incident.

Ben Stokes was charged with affray by Crown Prosecution Services (CPS) on Monday evening over street-brawl incident. Since, Stokes has been out of action from international cricket. He missed the 2017-18 Ashes. He was named in the England squad for the ODI series against Australia but will not be playing any. Stokes, however, remains part of England s T20 squad for the tri-series against Australia and New Zealand. Stokes has also been cleared by England and Wales Cricket Board (ECB) to participate in IPL 2018.

The only cricket Stokes has played was for Canterbury in November in New Zealand. Stokes, however, is hopeful to clear his name from the case soon. Stokes took to his Twitter account to thank his family, friends, fans, teammates in his statement. He also respected CPS decision. However, he wants to continue focusing on cricket.

Since September, Stokes has been going through enough turmoil from the media, the ECB and former England cricketers. Stokes would have to appear at Bristol s Magistrates Court in six months time.

Following the news of Stokes being charged, the ECB s selection panel will meet within 48 hours to decide on Stokes participation in international matches, ECB is aware that Ben Stokes has been charged with affray in relation to an incident in Bristol in September. The Board will now convene within 48 hours to decide on Ben Stokes’ availability to represent England at this stage. A further announcement will be made in due course, an ECB official told cricket.com.au. 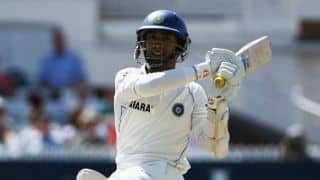