Ben Stokes and Jonathan Bairstow put on 399 for the sixth wicket.

Ben Stokes scored the second Fastest double century in Tests when he reached 200 of just  163 deliveries against South Africa on the second day of the second test at Cape Town surpassing Virender Sehwag’s. The fastest double century was scored by former New Zealand batsman Nathan Astle, who brought up his double ton off just 153 deliveries against England at Christchurch in 2001-02. Stokes’ double century has put England in the driving seat and will look to bowl South Africa twice and register an innings win. Many  cricketers and cricket boards from across the world reacted to Stokes’ incredible feat. Stokes also put on 399 for the fourth wicket with Jonny Bairstow, who scored his maiden century in Tests. FULL SCORECARD: South Africa vs England, 2nd Test at Cape Town

South Africa bowlers were made to toil throughout the day and found very less success. Stokes and Bairstow were in an attacking mood throughout the day, which made life all the more difficult for the South African bowlers. England eventually declared the innings at 629 for 6m after Stokes was run out for 198-ball 258. Bairstow remained unbeaten on 150. England bowlers will now have to do a professional job and ensure that they get rid of the South African batsmen as early as possible. Live Updates: South Africa vs England 2015-16, 2nd Test, Day 2 at Cape Town

Not seen it but just know it would’ve been special from an amazingly talented cricketer. Ben Stokes #doubleton

Emotional scenes. David ‘Bluey’ Bairstow will be looking down with great pride on his son. #YourYorkshire #ENGvSA pic.twitter.com/Ro2w8KM4Kg

Doesn't get much better than that!! Got a bit of talent!Unbelievable @benstokes38 and what a place to do it #SAvENG #CapeTown

So far this morning I have seen a bit of Gilchrist and Sobers mixed into Ben Stokes …..#SAvENG https://t.co/Kx60wkXmmz

YOU BEAUTYYYYYYYY @benstokes38. That is simply INCREDIBLE. Wow.

On Day One, England had won the toss and elected to bat first. England welcomed back James Anderson into the playing XI in place of Chris Woakes. South Africa on the other hand made three changes to their side. Kyle Abbott and Dale Steyn missed out due to injuries and werw replaced by Kagiso Rabada and and Chris Morris, who made his debut. JP Duminy was dropped in place of Quinton de Kock, which means that AB de Viliers will not have to stand behind the wicets, like he did in the first Test. 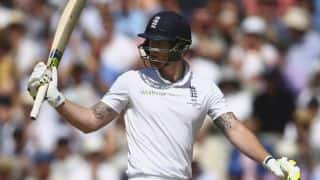 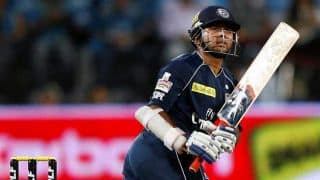