All-rounder Ben Stokes' Bristol pub brawl incident is being reviewed by Criminal Prosecution Service, and will get to play only after clearance.

Dawid Malan is currently England‘s second highest run-scorer in the 2017-18 Ashes, after Alastair Cook. Malan scored his maiden Test century in the third Test at Perth, and will probably be rewarded with a place in the ODI XI. Ben Stokes is yet to join the squad following the pub brawl accident. Stokes’ case is currently being reviewed by Criminal Prosecution Service. He will be granted to play only after his case gets resolved. As a result, England management have decided to go ahead with Malan till the time Stokes isn’t cleared.

Malan had made an impressive international debut in T20Is versus South Africa. He scored an aggressive 44-ball 78 and was awarded with a Test cap during the home Test series against South Africa. Since then he has been a regular in the side, but is yet to play an ODI. If Stokes misses out, Malan will benefit from it. He averages a healthy 42 in List A cricket, and can come in handy anywhere in the batting lineup. 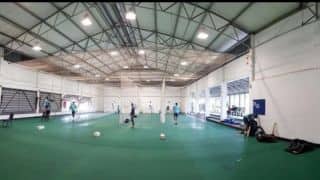 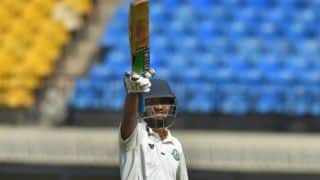