Ben Stokes said he was particularly pleased with having improved his technique against the spinners.

Chittagong: He might feel entitled to a breather after a back-breaking effort in his team’s latest Test triumph but England’s ‘X-factor’ Ben Stokes said he’d rather be dropped than rested during a marathon tour of the sub-continent. The lion-hearted Stokes was named man of the match on Monday for his starring role in England’s nail-biting first Test win over Bangladesh in which he scored a crucial half century and took six wickets. After batting for more than three hours while making 85 on Saturday, Stokes then bowled superbly in Bangladesh’s second innings and finished the match with six wickets in temperatures hitting 32 degrees celsius. FULL Cricket Scorecard: Bangladesh vs England 1st Test at Chittagong

Stokes began the year by scoring a career best 258 in a Test against South Africa but after England’s dramatic 22-run victory in Chittagong, the Durham player classed it as his most complete performance so far. “Overall, I think it is,” the 25-year-old replied when asked if he thought it was the most satisfying match.

Stokes said he was particularly pleased with having improved his technique against the spinners, saying he had always been able to “take the aggressive route” but had now given himself more options.

Stokes said he had been putting in the hours, “making sure that my defence is tight and still having options to be able to rotate the strike when they do bowl the ball in a good area”. He had also been working on his concentration levels so “that I’m switched on enough that if there is a bad ball to come along — because there aren’t going to be many — I still put it away for four or six.”

Stokes’ career has been interrupted by several injuries and the selectors will be desperate that he remains fit throughout the winter in which England will play a total of seven Tests, including five against India.

Stokes was also the vice-captain in a preceding ODI series against Bangladesh while England are due to play six further limited overs internationals against India early in the new year. The workload means that England selectors could well be tempted to give Stokes a rest in one or two Tests, especially if they are dead rubbers — but he made clear that he would reject any such overtures. “I’ll play all seven (Tests) if I still get picked, I’d rather get dropped,” he said.

England skipper Alastair Cook said Stokes was absolutely crucial to his team’s prospects. “I say it every single time we speak about him, the guy is that x-factor cricketer which every side would love to have,” said Cook. “He balances our side, he gives us options, he allows us to play the extra seamer here or an extra spinner, whichever way you look at it.”

Cook also praised Stokes for his improvement against the spinners, which was highlighted by his maiden ODI century in Dhaka earlier this month. “The one thing he has done over the last year is improve his method against spin,” said Cook. “I don’t want to say I’m surprised but it surprised me how well he scored that hundred and… it just showed what a lot of hard work can do and he can take a lot of credit for that.” 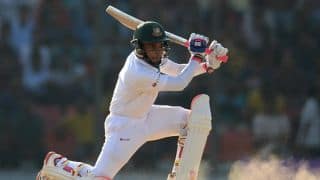 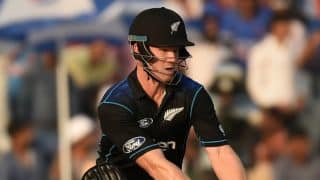