The all-rounder said that it sounds pretty heartless to say that he is laid-back about the birth of his child.

England cricket team’s New Zealand-born all-rounder Ben Stokes has said that he is prepared to put his squad’s World Cup cause ahead of the birth of his second child.

Stokes made that clear as 16 England players attended a training camp in Loughborough ahead of their one-day series in Sri Lanka, which would be crucial to their World Cup preparations for the tournament in New Zealand and Australia in February and March.

Stokes said that his partner, Clare, is comfortable with the decision to put cricket ahead of the family because of the importance of the occasion, Stuff.co.nz reported.

The all-rounder said that it sounds pretty heartless to say that he is laid-back about the birth of his child, but added that he is lucky that Clare completely understands his job and the situation.

He revealed that Clare actually said that if they tell their daughter the reason he was not at the birth is that he was playing for his country, she reckons she would think that is quite cool. He said that there was still some flexibility but made it clear what his priorities were.

Stoke said that they do not know what is going to happen, adding that he does not want to miss any cricket and Clare is totally on board with that. He said that if he could get back and it does not affect any cricket, then, yes, he would go.

Clare is due to give birth on February 21, the day after England face New Zealand in Wellington and two days before they play Scotland in Christchurch, the report added. 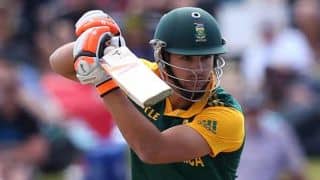 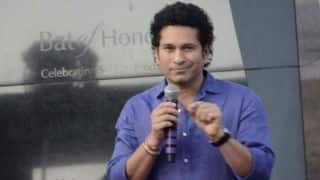 Sachin Tendulkar nervous ahead of autobiography 'Playing It My Way' launch